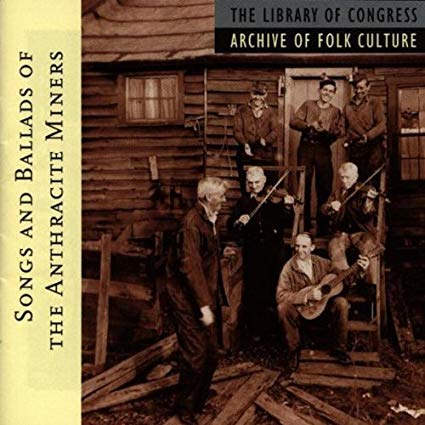 Sung by Jerry Byrne at Buck Run, Pennsylvania, 1946.
Re corded by George Korson.

'Me Johnny Mitchell Man ' is a product of the anthracite strike of 1902, which gave the Slavic mine workers the opportunity they had been wait· ing for to vindicate themselves. Their' existence had been extremely difficult owing to the general belief that they had been imported by the coal operators to lower wages and degrade working conditions.

The Slavs worried John Mitchell , the strike leader. When he first came into the region, Mitchell saw clearly that if he were to succeed in his mission to organize the industry, racial and national barriers must first be broken down. He made this one of his first objectives. All races, creeds, and classes he addressed with this gospel: "The coal you dig is not Slavic coal, or Polish coal, or Irish coaL It is coal ."

At every opportunity he urged the Welsh and Irish miners to be tolerant toward their Slavic brothers. It took time and much persuasion to dissipate the mutual hatred and distrust. Gradually, however, he accomplished his purpose, and Slavs mingled with English-speaking fellow workers at mass meetings, picnics, and parades on terms of equality. The Slavs grew to worship Mitchell. When he finally issued the call to strike, there was no doubt in his mind as to where they stood. 'Me Johnny Mitchell Man' in the Slavic-American dialect, sung throughout the region , had reassured him. This ballad was written by Con Carbon of Wilkes-Barre, one of the most prolific of the anthracite bards and minstrels.

For further information see: George Korson, Minstrels of the Mine Patch, University of Pennsyl­vania Press, 1938, pp. 216, 234-236.
Songs and Ballads of the Anthracite Miners
1.For you know Joe Silovatsky.
Dat man is my brudder.
Last night he's come to my shanty:
"John, I'm'a come I'm'a tell you for.
I'm'a tell you for tomorra, John,
Evening dark as night;
ootsa miners all, beeg un small,
Gonna have a strike.
ount be scabby fella, John ,
Oat's I'm tell you right," he say .
"No sir, Mike. come out on strike,
I'm'a Johnny Mitchell man."