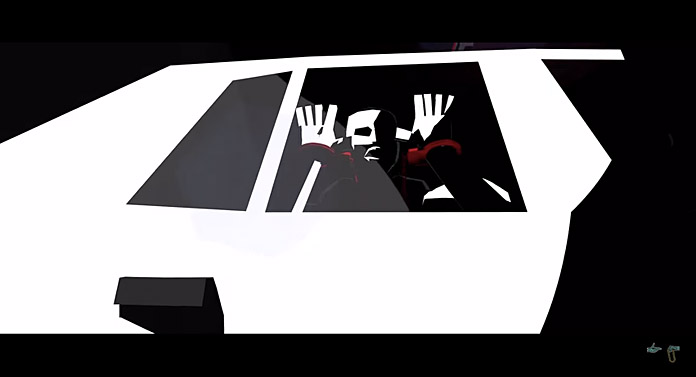 
The song covers the topic of police corruption and brutality. It’s extremely relevant right now with the incidents taking place in Ferguson and NYC 2014.

Not only have they covered the topic in their music, but Killer Mike was actually interviewed by CNN about this in August.

[Verse 1: Killer Mike]
It be feelin' like the life that I’m livin' man out of control
Like every day I’m in a fight for my soul
Could it be that my medicine’s the evidence
For pigs to stop and frisk me when they rollin' round on patrol?
And ask “Why you’re here?”
I just tell 'em cause it is what it is
I live here and that’s what it is
He chimed “You got a dime?
I said “Man, I’m tryin' to smoke and chill
Please don’t lock me up in front of my kids
And in front of my wife
Man, I ain’t got a gun or a knife
You do this and you ruin my life
And I apologize if it seems like I got out of line, sir
'cause I respect the badge and the gun
And I pray today ain't the day that you drag me away
Right in front of my beautiful son”
And he still put my hands in cuffs, put me in the truck
When my woman screamed, said “Shut up”
Witness with the camera phone on
Saw the copper pull a gun and
Put it on my gorgeous queen
As I peered out the window
I could see my other kinfolk
And hear my little boy as he screamed
As he ran toward the copper begged him not to hurt his momma
'cause he had her face down on the ground
And I’d be much too weak to ever speak what I seen
But my life changed with that sound

[Verse 2: El-P]
It be feelin' like the life that I’m living man, I don’t control
'cause every day I’m in a fight for my soul
All hands below, high seas in a rickety boat
Smoke o’s so the kid might cope
You want cash or hope, no clash, matter fact get both
Go without get turnt to ghosts
You know that's the law, deal done by the shake of claws
It ain't a game if the shit don’t pause
And I find you odd, so convinced in the truth of y’all
That the true truth’s truly gone
And yes there's a they, any time a man say there's not
Then you know that he lost the plot, what can I say?
Truth’s truth when denied or not, like its true crews ride the cock
Fair enough, the way that the beat bump do sound tough
I made it in the dark like Civil War surgery
Woke up in the same air you huff, early
By twelve o’clock the whole Earth felt dirty
Street Lamps stare when you walk watch the birdie
They’ll watch you walk to the store they’re recording
But didn’t record cop when he shot, no warning
Heard it go pop, might have been two blocks
Heard a kid plus pops watched cop make girl bleed
Go to home, go to sleep, up again early