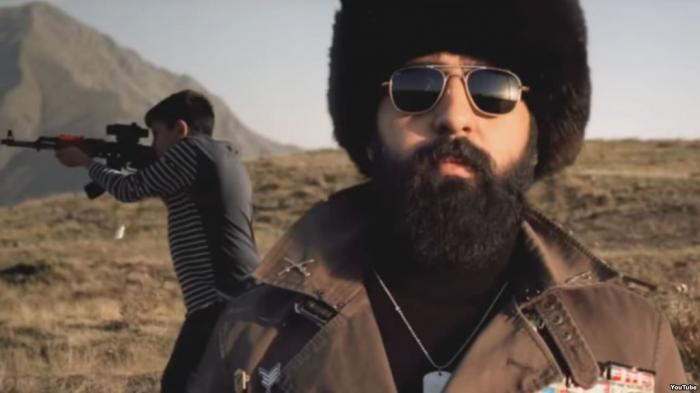 Iran's Culture Ministry says it is considering action against an Iranian pop singer and his recording company amid accusations that Mehdi Yarrahi sullied the "martyrs" and ideals of past conflicts.

The ministry last week dismissed reports that it had already blacklisted Yarrahi, saying it was awaiting a response from the company that produced the clip in question for the song Torn Rock.

"I was being naughty," Yarrahi said of the video, adding that he would accept the ministry's final ruling. But he rejected allegations that he had insulted Iranian "martyrs."

"I'm from Ahwaz, I grew up with the sound of the [air-raid] sirens. I have the right to ask [questions]," said Yarrahi, whose native Khuzestan Province was a front line in the war against Iraq. "The duty of artists is to ask questions and convey the voice of the people to the authorities."

Mehdi Yarrahi's video clip highlights some of the horrors of war, including young lives lost, the use of child soldiers, and missing remains of presumed casualties. It depicts mothers holding pictures of lost sons, people standing in line for rationed goods, missiles hitting schools and residences, and painful memories that never go away.

In it, Yarrahi is wearing what appears to be a military uniform with a Nazi armband while singing lyrics that are critical of an unspecified conflict.

"All of our memories are intertwined with war," he sings. "Why don't we have a life yet? Someone tells me what we have achieved. How is it that we stayed alive but we're martyrs?"

Iran's leadership has long glorified the bloody 1980-88 war with Iraq, dubbed the "Holy Defense." Some of the Iranian volunteers sent to the front lines in that conflict were children as young as 13. The casualties' sacrifices are commemorated in museums, murals, video clips, and countless war movies and documentaries.

The war lasted eight years after Iraqi leader Saddam Hussein's forces invaded Iran in 1980 and, by many estimates, killed upward of 500,000 troops and a much smaller number of civilians.

The war left many more injured, including Iranian soldiers hit by Iraqi chemical attacks who are still suffering from the consequences of exposure to mustard gas.