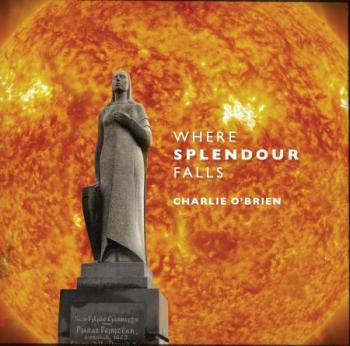 I wrote this song in 2010 when I heard that the town council of Killarney were inviting Queen Elizabeth to celebrate and commemorate the visit of Queen Victoria 150 odd years earlier. Firstly, though I wouldn't be for her visiting, I wouldn't be against it either, under different circumstances. But to have Queen Elizabeth come to celebrate the visit of a monarch who presided over the death of a people, I can not countenance. No matter that Victoria was a figure head, she was a figure head and symbol of a whole era. At any-rate the visit to Killarney never came to pass, though Elizabeth was paraded around Dublin and Cork.
Come gather round people what ‘er your persuasion,
be it pirate, a pauper a prince or a thief.
I'll tell how my mind lept in wild consternation,
to hear of Elizabeth’s visit, and Victoria's adoration,
Oh the feats and travails of the Famine Queen!

One evening of late into Killarney I strayed,
Hearing men in high places all highly esteemed,
Pouring out their libations, clamouring forth their heaped praises,
gladly queuing in columns they rallied in oration
for the Mighty Monarchs of England and the Famine Queen.

They sent out the word to Elizabeth doting
To grace us all with her presence so calm and serene.
Like in Killarney of old with the Bold Victoria,
Unfurl your banners for stern commemoration
Of the feats and travails of the Famine Queen.

Ladies petticoat’s, plumes in all style and variety,
Soldiers marched of all rank and station replete.
Never was seen a vision of such pomp and piety
When the butcher's apron hung from each pole and station,
And waved on heaving throngs by O' Donnchú’s keep.

Up went new constructions in style and precision,
Her regal self we regaled all the while.
Paupers and peasants were ne’r seen so industrious,
Such loyal respect and royal dedication,
Resound bugles bursting for the Famine Queen.

Her coaches and retinue with ladies in waiting
All dazzling, all dappled by lakes so serene -
They peeked into valleys then up mountains so glorious
Ladies ne’r viewed them before of such high station,
Oh the feats and travails of the Famine Queen!

No let’s not have starving ghosts haunt our praises
Let Gods castigation quell our scurrilous pride.
A lazy insolent race, so seditious,
Sir Trevelyan was right, shure he received commendations
From the bold Victoria the Famine Queen.

No lets not hear tell of her paltry contribution
To starving men through the country in dire need replete.
Drink a health to Elizabeth's visit,
Let us toast merrily Victoria's high station,
Oh the feats and travails of the Famine Queen!

In the year of Eighteen Hundred and Forty Eight
Victoria was in Dublin, crowds submissed at her feet,
Banquets and praise were lavished for the visit,
Elizabeth now graces us for commemoration,
resound bugles bursting for the Famine Queen.

The Ottoman King in his regal seat,
Ten thousand pounds he promised for famine relief,
"One thousand will do," Victoria instructed.
They tried to turn back his boats at Drogheda in contention,
Oh the feats and travails of the Famine Queen!

The Choctaw nation gave forth lavish contribution
Sixteen years after their own Trail of Tears.
Let us all now sing out their praises.
Ring out resound in stark oration,
And damn the accursed Famine Queen.

Now for songs of a nations wrongs,
Starving labour once a groan, now a true voice,
Ring out resound in stark oration,
Ours was no tempest of distant location
But a hell of lightening under the Famine Queen’s sea.

Lord Tennyson of Victoria was much in her favour,
He praised her to the heights of our own lovely reeks.
As he wove in loom of rhymes and of reasons,
From the west gloom and shadow then conflagration
Famine raged its like ne’r before seen.

Let Elizabeth come and commemorate the Famine
Up in Mayo each year crowds gather with grief.
Men came representing many nations
Opening the national famine commemoration,
Not one from the home of the Famine Queen.