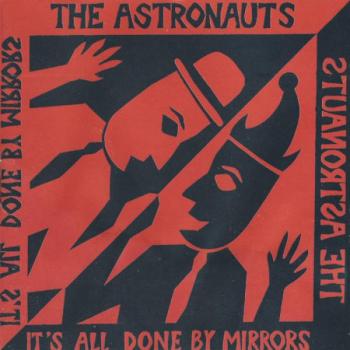 "Noi siamo i nuovi superuomini e tutto quello che vogliamo è SANGUE!"
In the hemisphere of hypotheses
A simple sort of chap can get down on his knees
As conditions reduce all banter to groans
No linguist can decipher the strange aching tone
So it's straight together to the tower we march
Our eyes are all reddened and our tonsils are parched
Faded banners bearing slogans of peace
As a decadent loser assures our release
And in the Indies, in the Andes, in Zimbabwe, and in Eastbourne
And in the most little corner of the world there is blood

As conditions on an island look bleak
The rich and the strong crush the poor and the weak
When the money's gone and you're out of grace
Do you seek comfort in a violent embrace
So to the parliament together we'll run
So the laws of the land can be changed by a gun
The gentry of old with their feudal tradition
Are sitting-duck targets for live ammunition
And in the ghetto, in the front line, in the police force, in West-minster
In the most intellectual crisis there is blood

A man can be walking alone down the road
As the rockets and mortars in Bahrein explode
In the corner a gaggle of whispering heads
That bastard looks weird, let's go slice him to shreds
So they came up behind and tugged his scarf
He didn't turn round, but pretended to laugh
Shoved the knife into the base of his spine
They twisted it round 'til the blood flowed like wine
And on the corner, in the bedroom, in your local, in the class room
When the talking's abandoned there is blood

In the whipping, in the beating, in the sordid board room meeting,
In the most domestic affair there is blood

But we're conditioned, stuff your welfare,
Don't need no sympathy, no education,
We're the new superhumans and now we want blood