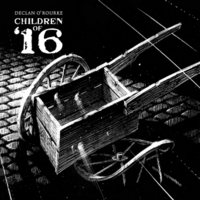 from the album "In Full Colour" 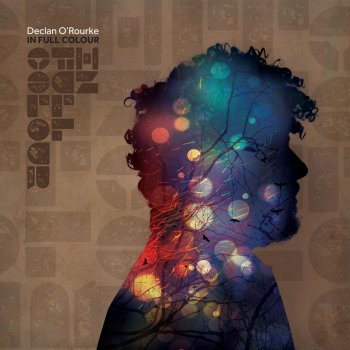 In April 2014 a commemorative service, was held in city quay church, to officially acknowledge 40 civilian children who were killed in and around Dublin during Easter week, of 1916.
These children were mostly killed in crossfire, by bullets from both sides.
The rebel side took a very harsh view of looters, as part of the ethos of a new republic. Anyone seen on the streets could be seen as potentially taking part, and often were.
The Brittish were no less than militant in their duty to enforce a curfew on the streets at the same time, so it was left for these children to run the gauntlet in going about their regular day to day activities, which saw them escape the cramped and impoverished tenement buildings to find mischief and scavenge around the streets for a lump of coal, or a chunk of bread.
With a curfew in effect all week, those killed where taken away quickly, and there were virtually no funeral services held for the Civilian dead
Most of these dead, were interred, together, in one large unmarked grave at Glasnevin cemetery. After 99 years this grave still remains unmarked.
This came to the attention of Joe Duffy, one of Ireland's best known radio personalities, in the build up to the commemorative excitement. He himself decided that if we are to commemorate 2016 as the 100th anniversary of the year that marks the birth of the Republic of Ireland, then we surely must acknowledge those who lost their lives as a result of it.
We know the names of our heroes, but what about the innocents?
After finding some 40 of these children, buried and lost in the archives, the idea of a multi-denominational service was put into action.
Joe invited Declan to perform at the service, and the invitation was accepted.
After some discussion as to what might be an appropriate piece to mark such a moment, and the lack thereof, to this artist it seemed the natural thing to do was to take up the challenge to write a song. Children of ’16, is the result.
A song written to suit both the occasion of the service for the children, and indeed, to study and commemorate the impact of 1916 as a whole on Ireland then, and for all generations of Irish who have followed since then, who are in essence, the children of 1916.
In Dublin town one Easter morn a hundred years ago
The Rebels led a rising from the city's GPO
Brave heroes and their enemies fell, civilians in between
And among the dead and fallen were the children of '16

Those children of the tenement slums who daily with their pals
A brazen wild brigade sprang up between the two canals
With their handcarts over cobblestone they rattled, skid and tore
Barefooted as they scavenged through the crossfire and the gore

Nor Pearse, nor Clarke, McDonagh nor the Connolly we know
Would rest were they remembered on a pedestal alone
And are they not the fathers of our nation proud and free
And our sisters and our brothers then the children of '16