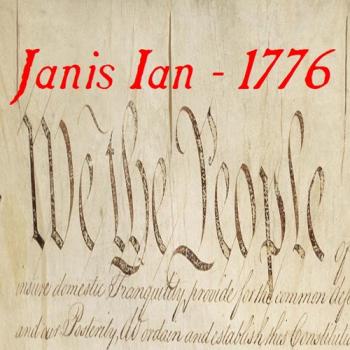 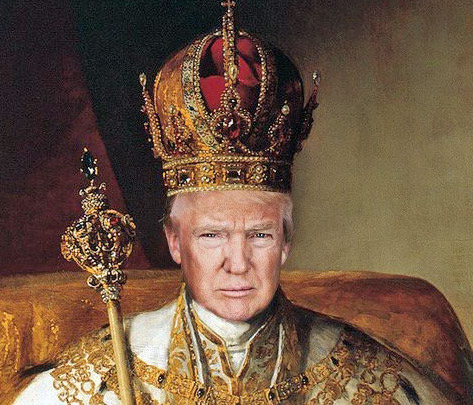 King Donald
Back in seventeen hundred seventy-six
We got tired of taking orders from the rich
So we drowned a little tea, and we made some history
Why did we resist? Just remember this

Everyone in government was white
Women had to fight for every right
The news was full of lies to confuse and terrorize
while the rich stayed rich, and the poor were neutralized

Laws were passed without a rhyme or reason
and when we disagreed, they called it treason

The king began to take away our rights
He taxed us once, and then he taxed us twice
His tantrums were notorious, even when victorious
and nothing satisfied his appetite

He turned us into immigrants with callous treachery
We went from being citizens to being refugees
But the immigrants became Americans by name
and freed us from the yoke of tyranny.