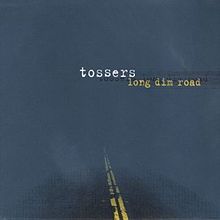 You say you’re telling me right now of how you think that it should be
By the hand of Democratic law and the hand of decency
But, your raging, you won’t talk law to me or tell me any stand
You’re pointing all the fingers but refuse to shake the hand
Instead of sitting content in your ideals and your laws
You have to tell me what you see, cause I can't see a lot
But I see how Democratic your law is when it’s revised and necessarily changed
The Irish were arrested without warrants because they were soldiers armed and estranged
All’s fair in love and war then they were tried without jury
The act said fear of jurors, death threats
Also, no people could object to thee
They were arrested under special laws and tried in diplock juries
But, when asked by Amnesty or other countries
They were criminalized as terrorists
So you could ignore political talks and ignore political struggling
So you can hold onto your colony without political juggling
So you sat firm and quiet in your country and morals and common law promoting
But, Nationalists kept coming, bombs and people kept exploding

The Somazas crushed Nicaragua, The Falklands, Angola and Nambia, South Africa
They fought you tooth and nail, till they were crushed or you gave up
You’re not a Democracy, you're a Capitalist empire that colonizes weaker lands
And taxes natural resource, oil, diamonds, copper exchanging hands
You put in Democratic so called governments as heads of the state
That are willing to adhere to your bidding and reap measly profits from their state
And you colonize them with phone companies, hotels, McDonalds and Nike plants
And erect military bases under the pretense of defense
But the truth is its defense from revolution, in case the poor rise up
Against the governments you’ve helped to empower and make the final stop
Then you called them a communist menace and stage and attack from your own bases
Then the government death squads, ... , destroy their empty faces
You sent embargos on countries who don’t agree or finally do revolt
A free country can’t sell their natural resource on a global free market vote
The countries that sit in the N.A.T.O. seats are the same domineering five
And the butchers they empower keep the rest of the seats alive
And the countries ostracized by embargo that form the rest of the world
Were forced to form a non-aligned organization, a union, so they could be heard
You call this a free market and your system Democratic
But it’s now a taxing empire that sends its shots out dead sporatic
Well, you can take my contentment, my sense of security
You can beat me from head to toe, till I bleed
You can starve me or freeze me because it's all the same to me
Because in my mind I know I want to be free
You sent your psychologist to evaluate me and give a report to the paper to read
I’m more stable than he is - I'm beginning to see
In this frustration of war, it’s one purpose I see
I know of your tactics to break people like me
Separate love forever, I’m refused being seen
In the maze of our memories we live there you see
In our minds we are together and forever we’ll be
You can murder my land, make the skylarks scream
Just to tell your provincials you’d not turn on them
Your possessive ego crushes my friends and me
But I know in my mind that I want to be free
You fought Ireland as an organized army, you fought them as a country
But they fought you as a people and you were oblivious as to which serf was defending
If you act like rats you get treated like this, but now you are rebutting
Because we stood like a rock when for tactics and answers, like rats you were scrambling
What to report in the media, to tell to those to which you lied
When Angolans and Serbs and Chinese and Nicaraguans and Zapatistas and Iranians and Cubans and Irish are
always the ones who have died