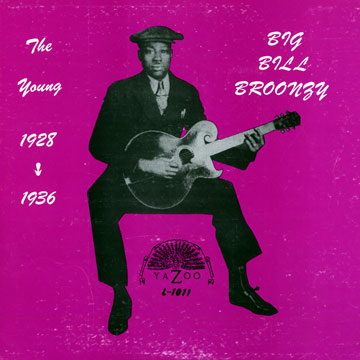 Broonzy died in 1958, but his life in the blues spans the years from his 1928 song, “Starvation Blues,” to his prophetic condemnation of Jim Crow laws at the dawn of the civil rights era.
With real foresight, Broonzy captured the economic desperation approaching on the nation’s horizon in his “Starvation Blues,” written in 1928, a year before the stock market crash of October 1929. Even before the Depression struck with full force, the black community was in deep trouble and their growing poverty carried a warning of hard times to come for the rest of the nation.
Big Bill Broonzy’s “Starvation Blues” painted a stark picture of the hunger and evictions that were about to sweep an unsuspecting nation.

“Starvation Blues” packs the entire devastation of the coming economic collapse into a few concise lines that warn about how unemployment would trigger a series of economic woes: hunger and difficulty in paying the rent, followed by eviction notices and, finally, homelessness. He described this chain reaction of poverty even before millions were thrown out of work during the Depression.

(estratto da Blues from the Streets of ‘The Other America’, di Terry Messman)
Starvation in my kitchen
Rent sign's on my door
And if my luck don't change
I can't stay at my home no more