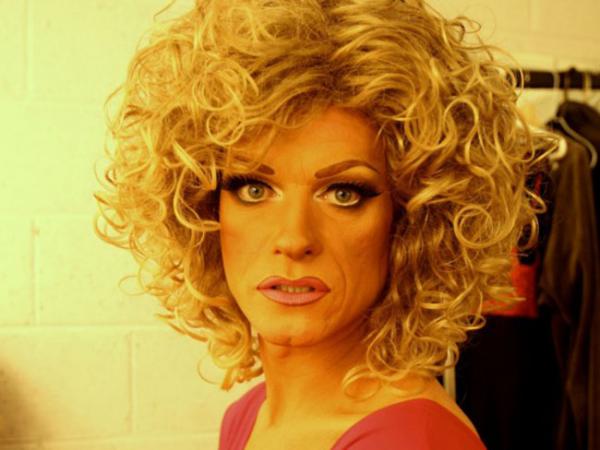 Hello. My name is Panti and for the benefit of the visually impaired or the incredibly naïve, I am a drag queen, a performer, and an accidental and occasional gay rights activist.

And as you may have already gathered, I am also painfully middle-class. My father was a country vet, I went to a nice school, and afterwards to that most middle-class of institutions - art college. And although this may surprise some of you, I have always managed to find gainful employment in my chosen field - gender discombobulation.

So the grinding, abject poverty so powerfully displayed in tonight's performance is something I can thankfully say I have no experience of.

But oppression is something I can relate to. Oh, I'm not comparing my experience to Dublin workers of 1913, but I do know what it feels like to be put in your place.

Have you ever been standing at a pedestrian crossing when a car drives by and in it are a bunch of lads, and they lean out the window and they shout "Fag!" and throw a milk carton at you?

Now it doesn't really hurt. It's just a wet carton and anyway they're right – I am a fag. But it feels oppressive.

Have you ever been on a crowded train with your gay friend and a small part of you is cringing because he is being SO gay and you find yourself trying to compensate by butching up or nudging the conversation onto "straighter" territory? This is you who have spent 35 years trying to be the best gay possible and yet still a small part of you is embarrassed by his gayness.

And I hate myself for that. And that feels oppressive. And when I'm standing at the pedestrian lights I am checking myself.

Have you ever gone into your favourite neighbourhood café with the paper that you buy every day, and you open it up and inside is a 500-word opinion written by a nice middle-class woman, the kind of woman who probably gives to charity, the kind of woman that you would be happy to leave your children with. And she is arguing so reasonably about whether you should be treated less than everybody else, arguing that you should be given fewer rights than everybody else. And when the woman at the next table gets up and excuses herself to squeeze by you with a smile you wonder, "Does she think that about me too?"

And that feels oppressive. And you go outside and you stand at the pedestrian crossing and you check yourself and I hate myself for that.

Have you ever turned on the computer and seen videos of people just like you in far away countries, and countries not far away at all, being beaten and imprisoned and tortured and murdered because they are just like you?

And for the last three weeks I have been lectured by heterosexual people about what homophobia is and who should be allowed identify it. Straight people - ministers, senators, lawyers, journalists - have lined up to tell me what homophobia is and what I am allowed to feel oppressed by. People who have never experienced homophobia in their lives, people who have never checked themselves at a pedestrian crossing, have told me that unless I am being thrown in prison or herded onto a cattle train, then it is not homophobia.

So now Irish gay people find ourselves in a ludicrous situation where not only are we not allowed to say publicly what we feel oppressed by, we are not even allowed to think it because our definition has been disallowed by our betters.

And for the last three weeks I have been denounced from the floor of parliament to newspaper columns to the seething morass of internet commentary for "hate speech" because I dared to use the word "homophobia". And a jumped-up queer like me should know that the word "homophobia" is no longer available to gay people. Which is a spectacular and neat Orwellian trick because now it turns out that gay people are not the victims of homophobia - homophobes are.

But I want to say that it is not true. I don't hate you.

I do, it is true, believe that almost all of you are probably homophobes. But I'm a homophobe. It would be incredible if we weren't. To grow up in a society that is overwhelmingly homophobic and to escape unscathed would be miraculous. So I don't hate you because you are homophobic. I actually admire you. I admire you because most of you are only a bit homophobic. Which all things considered is pretty good going.

But I do sometimes hate myself. I hate myself because I fucking check myself while standing at pedestrian crossings. And sometimes I hate you for doing that to me.

But not right now. Right now, I like you all very much for giving me a few moments of your time. And I thank you for it.