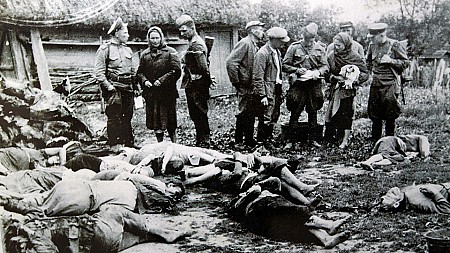 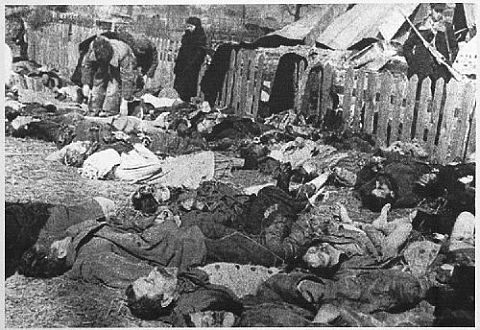 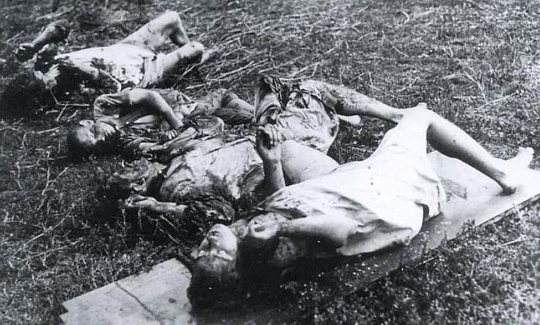 In mid-1943, after a wave of killings of Polish civilians, the Poles tried to initiate negotiations with the UPA. Two delegates of the Polish government in Exile and AK,[81] Zygmunt Rumel and Krzysztof Markiewicz attempted to negotiate with UPA leaders, but were captured and murdered on July 10, 1943, in the village of Kustycze.[82] Some sources claim they were tortured before the death.[83]

The following day, July 11, 1943, is regarded as the bloodiest day of the massacres,[by whom?] with many reports of UPA units marching from village to village, killing Polish civilians.[84] On that day, UPA units surrounded and attacked Polish villages and settlements located in three counties – Kowel, Horochow, and Włodzimierz Wołyński. Events began at 3:00 am, leaving the Poles with little chance to escape. After the massacres, the Polish villages were burned to the ground. According to those few who survived, the action had been carefully prepared; a few days before the massacres there had been several meetings in Ukrainian villages, during which UPA members told the villagers that the slaughter of all Poles was necessary.[84] Within a few days an unspecified number of Polish villages were completely destroyed and their populations murdered. In the Polish village of Gurow, out of 480 inhabitants, only 70 survived; in the settlement of Orzeszyn, the UPA killed 306 out of 340 Poles; in the village of Sadowa out of 600 Polish inhabitants only 20 survived; in Zagaje out of 350 Poles only a few survived. In August 1943, the Polish village of Gaj (near Kovel) was burned and some 600 people massacred, in the village of Wola Ostrowiecka 529 people were killed, including 220 children under 14, and 438 people were killed, including 246 children, in Ostrowki. In September 1992 exhumations were carried out in these villages, confirming the number of dead.[84] Altogether, on July 11, 1943, the Ukrainians attacked 167 towns and villages.[85] This wave of massacres lasted 5 days, until July 16. The UPA continued the ethnic cleansing, particularly in rural areas, until most Poles had been deported, killed or expelled. These actions were conducted by many units, and were well-coordinated and thoroughly planned.