Why I Am a Revolutionist 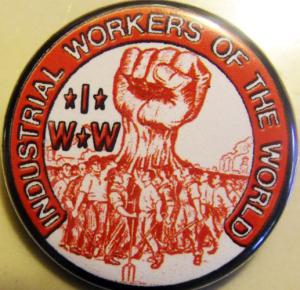 I have heard the child-slaves weeping when the world was fair and bright,
Heard them begging, begging for the playgrounds and the light!
I have seen the statesmen holding all save truth a vested right,
And the priest and preacher fighting in the legions of the night.

I have seen the queens of fashion in their jeweled pride arrayed,
Ruby-crowned and splendid—rubies of a baby's life-blood made,
Richer than the gems of nature, of a stranger, deeper shade,
On their snow-white bosoms quivered as the dames of fashion prayed.

Then I went into the dungeons where the brute men cringe and crawl—
Men to every high thought blinded—men no longer men at all—
And my eyes looked upward to the men whom we "successful" call,
And the sign was in their foreheads and their thrones about to fall.

And I've seen my father lying on his death-bed like a beast,
In his poverty forsaken, he a Southron soldier-priest;
Seen his broken body tremble as the pulse of living ceast,
And his soul go outward, moaning, as the red sun lit the East.

And I've seen my little mother on her death bed weep and moan,
For the babies she was leaving in the great world all alone;
Heard her loving spirit crying, seeking something to atone—
How she feared the god of hunger!—how she feared the heart of stone!

And you talk to me "religion," and "rebellion" you "deplore,"
You whose souls have never anguished at the death watch of the poor!
You who rape the starving millions and yet grasp for more and more,
Raimenting in rags our mother, raimenting in silks your whore?

In these wild and frightful moments, I have felt my reason reel,
Felt an impulse like the tiger's over all my being steal;
Fe!t it would not be a murder if my hand the blow could deal,
That would brand upon your temple the death angel's mark and seal.

Then I heard a voice crying, "Workers of the world, unite!"
And the vanguard of the Marxians broke upon my hopeless sight,
Serried ranks of Rebels marching 'neath the crimson flag of right,
To call our class to action, to arouse it to its might.

Thoughts of murder vanished from me and demon ceased to reign,
For the scheme of life unraveled and the universe seemed sane;
And I took my place beside them, here upon Truth's battle plain,
And I stand beside them fighting till the world we lose or gain.