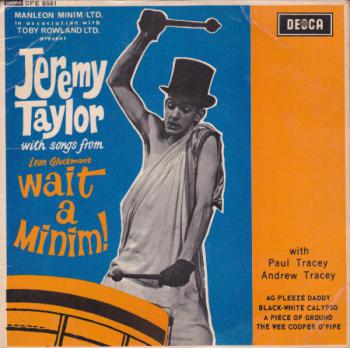 Interpretata da Miriam Makeba e da Vusi Mahlasela, tra gli altri.
(Bernart Bartleby)
When the white man first came here from over the sea
he looked and he said, “This is God's own country!”
he was mighty well pleased with this land that he'd found
and he said, “I will make here my own piece of ground.”

Now the land was inhabited so I've heard say
by little men who painted on the rock face by day
they stuck to their land so he hunted them down
and left them to rot on their own piece of ground.

Many's the battle he still had to fight
many's the family that died In the night
for many were the black men that lived all around
and all of them wanting their own piece of ground.

So northwards he trekked and northwards he rode
over veld and tough countryside onwards he strode
in the Free State and the Transvaal his oxen outspanned
and he planted the seed in his own piece of land.

Then one fine day in 1883
gold was discovered in good quantity
the country was rich, much richer than planned
and each digger wanted his own piece of land.

Now the diggers were few and the gold was so deep
that the black man was called 'cos his labour was cheap
with drill and with shovel he toiled underground
Fourpence a day for ten tons of ground.

Some people say, “Now, don't you worry
we've kept you a nice piece of reserve territory!”
but how can a life for so many be found
on a miserable thirteen per cent of the ground?

White man, don't sleep long and don't sleep too deep
or your life and your possessions how long will you keep?
For I've heard a rumour that's running around
that the black man's demanding his own piece of ground.