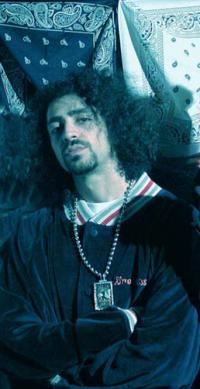 We the people of the United States of America have gathered together to express our views against the oppression of people across the Earth by the imperialistic policy makers of our government. They want all the nations of the world to bow down and abide by rules and laws they impose behind the curtain of the United Nations, yet when those laws go against the political agenda of the administration they themselves break the law and feloniously fabricate propaganda to mislead the world and American people that Iraq has "Weapons of Mass Destruction", and will use them on America. Evidence to validate this fantasy still to this day does not exist, even after the CIA unsuccessfully tried to fabricate documents to prove so. Next we have the shameful attempt by Governor Bush and his gang to link the unfortunate events of September 11th and Osama Bin Laden to the leadership of the Iraqi Government. Proof or evidence of which also does not exist. Mr. Bush has been left with no other card in his deck to play, so he created his own, the deck of "Wanted Terrorists" within a charade of humanitarianism. The only way for him to gain any popular acceptance is to have a campaign of misleading propaganda to make us believe that he's on a self-righteous mission to liberate the Iraqi people, and that this war is a war about freedom and democracy for the people of Iraq. This is yet another delusion of grandeur by our so-called fearless leader. He will not hoodwink or deceive us! America's oppressive foreign policy, which resorts to bribery, corruption, dirty dealings, and murder assassination, will continue to produce hatred, mistrust, and animosity. This dangerous environment that our policies have bred puts us at far greater risk of being blind sided and harmed by threats unknown. This threat multiplies with each aggression toward the nations of the world. Aggression sometimes concealed behind diplomacy, which can be more dangerous than war itself. This hostile behavior must stop. If we are going to start opening the books and passing judgment on world leaders lets not hesitate to start with members of our government. Let's also call out the governments of some our so-called allies. Then we can all be playing eye-to-eye on an even field. Until then, take a stand to S.T.O.P. the oppressive politics. Stop the killing of other nation's children and bring our sons and daughters home.

[Tray Deee]
You keep us handcuffed, chained and enslave us
We might gang bang but y'all the real fuckin gangstas
Hanged us and raped us and chased us and maced us
So I don't give a mad fuck if the shit flame up
We ain't benefitin', win, lose or draw
When they swear to protect us but abuse the law
Claim equality, their policy to fool us all
While the military steady stay movin' raw
(Stay where?) stay in the ghetto

[Defari]
No war, when people all around us are starving and homeless
What is Bush focused on? must be his father's old grudges
The schools need money man they fuckin' off the budgets
No more tomahawks and penitentiaries
The devil's propaganda creates enemies
Now they pump pumpin' war in the middle east
And this shit got me thinking who's really the beast

[J-Ro]
People always talking 'bout gangsta rap
Now Bush talking 'bout, where all my gangstas at, somebody call Don King
Bush and Saddam need to take it to the ring and do the damn thing
They already talking about rebuildin' they cities
I roll around the hood and shit still look shitty
It's all about the loot, grab your gun and shoot
Peace to my brother Will and the rest of the troops

[RBX]
The temperature's rising, about to boil
I'm not bamboozled, it's all about the oil
I sit back and watch they plots and schemes
Tangled up strings to a puppet regime
So now it's on who like, what, where, when
Get your mind right, I truly recommend
To much information: CNN
They told me that Bush trained Bin
A deadly combination to a wicked quest
And it's true that the rooster comes home to nest (echoes)

[Prodigy (sample)]
There's a war goin' on outside

[Soopafly]
Yeah
I just can't understand but then again I do
Nor God forgive a nigger for the sin I do
Soopa not stupid I can read the signs
What evil defines a motherfucker out for wealth
And ways of stealth, bombers
Fake talk to calm us down, we can't rise when the fall is now
Innocent die, enormous rounds fall out the sky
From an army hell bound and headed by one clown

[Daz Dillinger]
What is the world coming to, true domination
Frustration war over someone's altercation
My motivation towards peace, the violence needs to cease
(But how can you say that when you goin' thru out the streets?)
It's defense between suckers and buster
A child and his mother but what can I say towards the other
Daz is down with the movement telling them let's do this
For the people, for ourselves, we gotta stay true to what we believe in
It's true world domination, for all colors and all other races
Now what I see Bush, they after the oil
It's a big dope sack for him and his father to bubble

[Bad Azz]
I declare war and you have the right to bear arms
But, no weapons of mass destruction (what?)
Who are you to tell me what size bombs I can drop
When my enemies threaten me with harm
When they said Saddam violated the rules of war
There's no rules to killing and dying therefore
Fuck y'all, I ain't fightin' its their war
I ain't dying over there on that land that's their soil

[Rakaa Iriscience]
War is life, yes, and war is death
War don't decide who's right but who's left
I fight everyday so I ain't spittin' on soldiers
But this war's for oil, for religion and culture
Big business dollars and family honor
Half world domination, half family drama
The media just turned Saddam to Osama
Rakaa I., As-Salamu Alaykum = peace be upon us

[WC]
Peace, ain't no peace, the killing ain't cease
As long as you're yelling "peace" I'm gonna carry my piece
Miss America ohh say can you see in front of you
I'm a Westside gang related POW
Chillin' with fellas where it ain't all good
And justice and equality ain't never been in the hood
Catch me guzzling Gin while y'all are down to free Iraq
I'm down to free homies out the pen

[RBX]
And so it goes, on the brink
Our lives, like granules of sand
Through the hour glass
Do YOU know what time it is?
That's the question
Haha

[Mac Minister]
FredWreck gun'em down!
Ain't no Viet Cong ever called me "nigger"
But you wanna put me in the middle of the desert and squeeze the trigger
On my sand niggers, I ain't the one, I'm the other one
You give me a gun, George Bush better run
I'm a motherfuckin' SAG, a "space age gangsta"
I ain't no motherfuckin' prankster, I'm ready to gun'em down
Fuck'em and feed'em fish with the little sharp bones and hope they choke
The White House is the crack house, Uncle Sam is the gunning man
The black man gotta stop and take a stand
I declare war, votes don't matter no more
How the fuck did Bush get into office when my niggas elected Gore?!