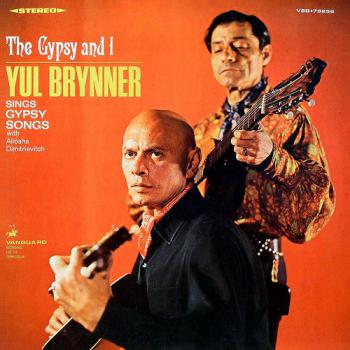 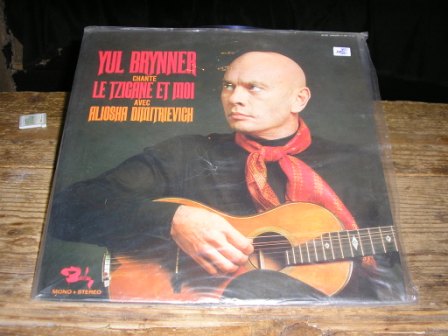 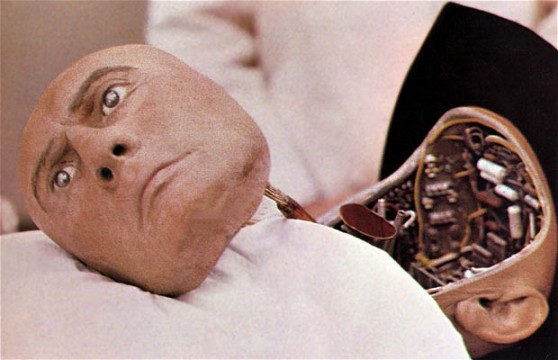 
“[…] Aliosha was 19 years old, Yul was 12, when they first met in Paris. Together with some thirty guitars they worked in nightclubs whose shadows have long since been buried. Yul became a part of their Kumpania, encompassed by the fierce love Gypsies have for their race, that reciprocal pride and adoration which more than anything separates the Gypsy [Alëša Dimitrievič] from the Gaje [Gadjo, cioè non- romaní, Yul Brynner]. He learned to play the diminutive seven-string Gypsy guitar, to make it sing with him; he learned the language, to make it sing with his heart. The songs and the proverbs which constitute them were his inheritance.

The war sent all the Tziganes back to the road: Yul went with the Chekhov Theatre Company to America, while Aliosha and his sister Valia went through South America. Twenty years later, they met again, only to discover how little had changed. New depths, new departures in the old songs, were the expressions of the long roads behind them. They found that each member of their quartet, comprising two men and two guitars, could still sing independently, yet still compose a whole. To ensure some discipline to their work, they finally agreed to record, an idea which was otherwise distanteful to the nature of their art.
Their songs are dialogues upon the theme presented in the lyrics and melody, each voice echoing the regret and the rejoicing of the other, each guitar answering the other with its own rythm and rhapsody. It is particularly the complexity of the rythmic structure that eliminates any primitive quality in the music; this is the result of six generations of stubbornity refusing to express themselves in clichés and persistently developing any facet of their songs which turned stale. It is this determination to use every extension of their talents to make a song their own expression which distinguishes the Rom. Nothing is their own unless they create it. They own their songs just as they own their language, misery, and delight; nothing else belongs to them. In the several cases where they have adopted a Russian song, they have so altered its sound and meaning that a Russian will cringe at the crude consonants and take affront at the adulteration of the melody, if it is heard at all. […]” (Dalle note di copertina del disco, a cura di Rock Brynner, figlio di Yul)
Окончен путь. Устала грудь
И сердцу хочется немножко отдохнуть.
Ушли мечты, ушла и ты.
Ведь нам с тобою теперь не по пути.

A simple end, misunderstood
An icy glance of hatred
That day’s passed like the blackest cloud
Now we are forever strangers.

The days are short but the nights seem long
My hair have turned gray
Why do they say the Gypsies have changed?
We do not understand. 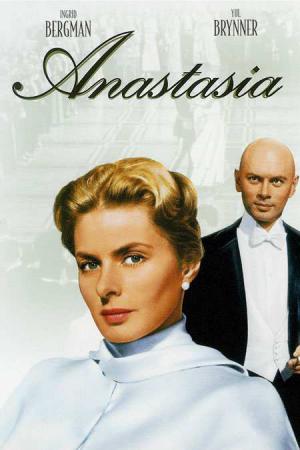