There must be another way (Your eyes) 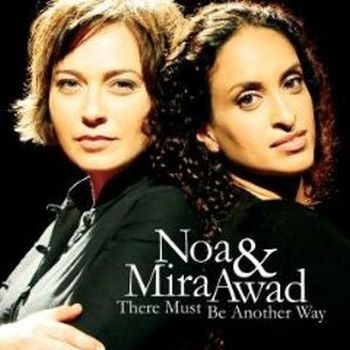 "There Must Be Another Way" is a song by Israeli singers Noa and Mira Awad, and was Israel's entry in the Eurovision Song Contest 2009, finishing 16th with 53 points. The song competed in the first semifinal on 12 May, qualifying for the final round. The song was composed by Noa, Awad, and Gil Dor, and contains lyrics in English, Hebrew and Arabic.

Awad, an Arab-Israeli, and Noa, a Jewish-Israeli, performed it together as a song that emphasises hope and understanding through common humanity. The singers describe "There Must Be Another Way" not as a song of peace, but as a simple call to respect the humanity of others.

There was some controversy about the duo performing together for Eurovision. Several Jewish and Arab local artists and intellectuals called for Awad to step down because, in their view, her participation would convey a false impression of national coexistence that would be used to cover up the deaths of Palestinian civilians in the Gaza Strip.[4] In an interview on National Public Radio, Awad acknowledged this criticism, and said, "We're not naïve enough to think that we're representing any existing situation. We are trying to show a possible situation that we believe is possible if we just make the necessary efforts."
There must be another, must be another way!

there must be another way

your eyes say
"one day all fear will be gone"
in your eyes there is persistence
that we have a choice
to continue this journey
no matter how long
because there's more than one address for sorrow
I call out to the open plains, to the stubborn skies

and the tears are falling, flowing in vain
our pain has no name
we are waiting
for the day after?

there must be another way