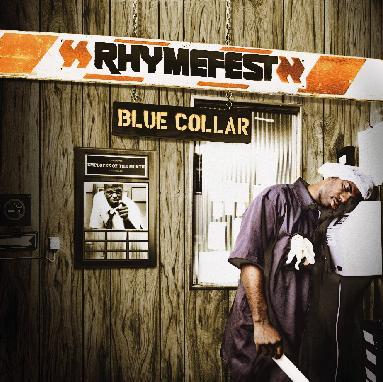 feat Citizen Cope
[Rhymefest]
Straight outta highschool he didn't know what to do
Wanted to go to college but no money was nothin' new
Wanted to get away go see the world and do somethin' new
He got approached in the mall by the army recruit
Told him "If you wanna go to school we got money too
Sign up at eighteen you be you when you twenty-two"
He joined the army airborne got his uniform went to bootcamp got some
Discipline Iraq is where they shipped him
He's in the middle of bullets flyin' and missin him
Wishin' he was a kid again with his family in Michigan
In the midst of fightin' militiamen, one round took down six of them
He ain't really a killa though, takin' a lotta risks
This is what a poor person do for a scholarship
He turned around and got a face full of hollow-tips
But don't be mad, he died for the flag

[Rhymefest]
Papa was a playa, knew just what to say ta'
Get the women back to his layer, and lay her
If sex had a trophy he's the Hiesman touchdown
Hittin' models and R&B chicks and bust-downs
He got the women with crazy stares with his lady there
Thay ain't care they like "Ooh look at his baby hair"
He took 'em all put 'em in a line hit five new chickens
He though they were fine
Got head from five dopefiends smokin' it down
And did it all raw dog, and dawg I ain't lyin'
Til' he woke up one season with lesions
He went to the doctor asked him what was the reason
The test read positive he couldn't believe it
He tried to blame God askin' why did he leave him
Pleadin' please let the disease leave him
From women that he conquered, he caught the monster

[Rhymefest]
Now when the sun goes down, on our side of town
On the other side of the block, when cops ain't around
On the same side of the street that 'Pac hit the ground
Not in Vegas, cause every nigga got 'Pac in him now
When my guys hit the block, and we provin' we thugs
I ain't on no swim team but you see pools of blood
Skip Judy when you die, she ain't whose the judge
Oh you married to game then prove your love
Here's a strap shorty, shoot it do it then do it
This ain't a gang this a organized movement
My hurt, my love, my pain, my stress
My strife, my wife, my life, my test
We made for more, we die for less
When you starvin' in the ghetto I'mma right the rest
See my girl think I'm hard, and my Momma think I'm hard
But when I'm all up in the dark I just fall on my knees