>>> I'm very glad and proud that my tiny language has received more... 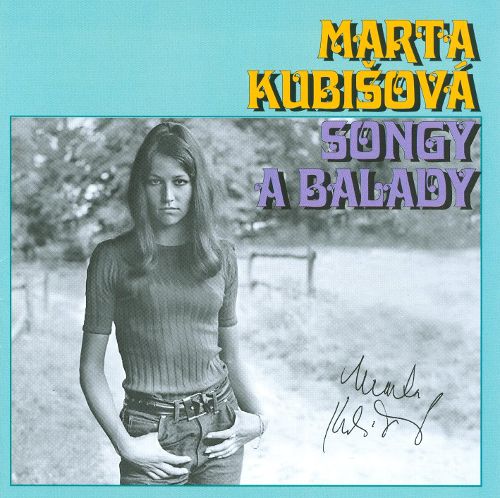 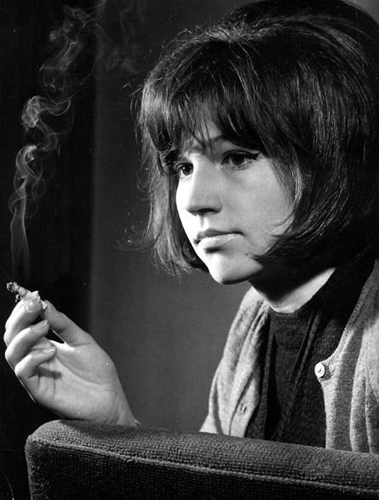 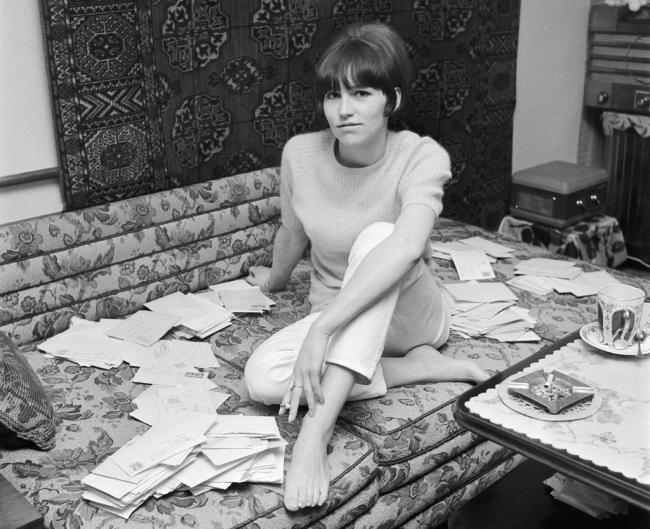 Modlitba pro Martu, A Prayer for Marta, is a song that for many people will be forever associated with Czechoslovakia’s Velvet Revolution of 1989. Performed by the 1960s Czech pop star Marta Kubišová, it had previously come to symbolise resistance to the 1968 Soviet-led invasion.

Originally titled just Modlitba, the song was composed by Jiří Brabec with lyrics written especially for Kubišová by Petr Rada. Those inspirational lyrics include a quote from the 17th century Czech educator Comenius along the lines of, the people will one day once again decide on their own fates.

When the so-called normalisation period got underway following the crushing of the Prague Spring movement, Marta Kubišová, who had been a member of the hugely popular group Golden Kids, was barred from performing by the communist authorities. Speaking nearly four decades later, Kubišová, now 67, says she wasn’t that hurt about being banned. After all, she says, she thought the Russians would soon be gone.

“Not just me, everybody thought they’d be gone in two years at the latest. And they were here 10 times that long. I myself worked at home, I stuck together plastic bags for toys, I assembled toys. Then I became a clerk in a firm building estates of apartment blocks – and that’s where I was when the revolution happened.”

Václav Havel, then and now a good friend of Kubišová’s, said recently that he felt something was “in the air” in Czechoslovakia in the period leading up to the Velvet Revolution. But the singer says she herself did not sense any change on the horizon.

“No, it didn’t look like it would happen…I wouldn’t say I renounced Charter 77, but being on my own with a small child, I only met the Charter people secretly, though I did sign all the documents and petitions. In those days I was expecting to start getting a pension in 11 years, and then all of a sudden along came the Velvet Revolution. I don’t know if some people expected it, but I know I didn’t.”

The Velvet Revolution began on November 17, 1989 with a student march in honour of Jan Opletal, a young Czech killed by the Nazis in 1939. As the event had been permitted by the authorities, Marta Kubišová accepted an invitation to sing the national anthem once it had reached its original destination, Vyšehrad. However, as the crowd swelled, the singer’s young daughter insisted they both take the tram home instead.

“Kateřina fell over several times and she couldn’t see anything – she was small, only 10 years old at the time. She started whining, I want to go home, I can’t see anything. When we got home I got a call from Olga Havlová, who asked, are you at home, Marta? I said, yeah we are, because Kateřina didn’t want to go to Vyšehrad. She said, that’s good, because as soon as Ivan Havel and his wife Dagmar left their house they were thrown into a van for a ‘personal check’ and got an earful of bad language.”

Later Kubišová learned what had happened to the students. The march had become a peaceful demonstration against the communist regime; when the participants got as far as Národní St in the centre of Prague they were surrounded by riot police and attacked.

“I couldn’t believe my eyes, or my ears, that on that day, when there was a march in honour of Jan Opletal, who the Nazis had killed… I said to myself, the Czechoslovak regime has some respect for that day, there won’t be any violence. No! They started beating students on Národní St. Then I started thinking, this isn’t fair.”

The extent of the security forces’ brutality shocked many people into action. Students went on strike and a group named Civic Forum was formed calling for the resignation of corrupt politicians and the freeing of political prisoners. Crowds of up to 200,000 began gathering every evening on Wenceslas Square to listen to Civic Forum leaders like Václav Havel speak from the balcony of the Melantrich building. Marta Kubišová was in the crowd one evening, carrying bags of shopping. The following night, however, she was to enter the history books with her own dramatic appearance on that balcony – singing her best known song in public for the first time in two decades.

“The next day, Václav Havel send the actor Ondřej Vetchý for me. He said, I’ll be your bodyguard. I replied, I don’t need one, I know my way around the square’s passages very well, so I can get past the crowds. I thought Ondřej was leading me to the statue of St Wenceslas, but he took me to Melantrich. There they simply pushed me out on to the balcony and said, give us a short Prayer – a cappella. So I managed to get a few verses out.”

Many people were moved to tears by Marta Kubišová’s first appearance on Wenceslas Square in November 1989. Did she herself find it an emotional experience?

“I didn’t cry, I was overcome by the sheer sight of the whole square jammed with people. I said to myself, no singer ever had a comeback like this! Foreign film crews told me people were in tears and when they asked what are you crying for, they said, it’s that woman…”

Finally, today, 20 years later, how does Marta Kubišová look back on the Velvet Revolution?

“It was a surprise for everybody. I think both the regime and us were surprised… I said to my colleagues at work maybe someday we’ll feature in school textbooks, but I didn’t think I’d live to see it – no chance. But still, it happened.” - radio.cz
A PRAYER FOR MARTA

The cloud is slowly flowing away from the sky
And everyone is reaping what they've sown.
My prayer, let it speak
To the hearts which, by the time of ire,
Were not burnt, like flowers by frost, like by frost. 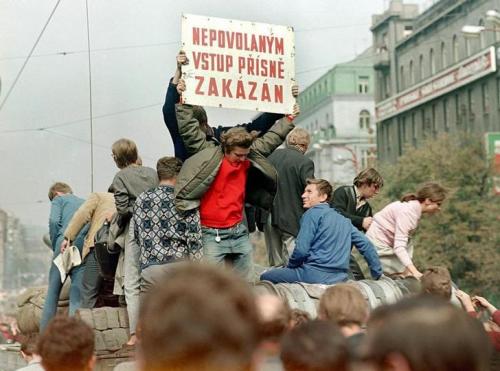 I'm very glad and proud that my tiny language has received more visibility on this web page lately. So thank you very much.

However, two commentaries are due:

2) As it comes to musica / music / musique, the Finnish word is sävel instead of musiikki.