It was recorded under the alias of '100 Suns' and features on the soundtrack of the 2007 documentary 'In Prison My Whole Life' which revolves around the life of Mumia Abu-Jamal. 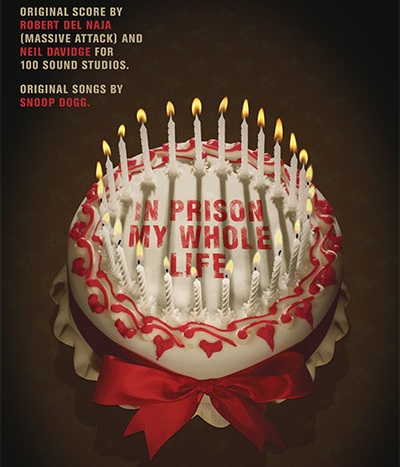 News first hit of this unusual collaboration between Massive Attack and American hip-hop star, Snoop Dogg, back in May 2007. The genesis of the song was from both artists being musically apart of the documentary film, ‘In Prison My Whole Life’.
In Massive Attack’s case, they had been commissioned (under the guise of 100 Suns, a name they have been using to disassociate certain film/advertising projects and collaborations like this one away from the Massive Attack name/brand) to pen the instrumental score for the film, while Snoop Dogg had already produced a song named after the film. From there, under the suggestion of the filmmakers, Snoop Dogg sent Massive Attack his vocals for Calling Mumia allowing them to get to work on composing the backing music track for the song.
The film itself, is a look at the life of imprisoned political activist and former Black Panther member, Mumia Abu-Jamal, who received a death sentence in 1982 for the supposed killing of a Philadelphia policeman. Many people to this day believe Mumia to be innocent of this crime, including a young London man named William Francome (who also just so happened to be born on the same day of the killing – hence the film’s title) makes it his mission in the film to piece together what happened on the night of the killing and also look at, in general the state of the prison and justice system in the USA.

Even though Calling Mumia was produced and finished in early 2007, it would’nt be until October 2008, when the official Massive Attack website made available a digital stream of the song, did the majority of fans get to hear it, as the film ‘In Prison My Whole Life’ was only shown in a limited fashion at film festivals across the world in the preceding year.
The film was even screened at Massive Attack’s own Meltdown festival in London on 19th June 2008. It is also through Massive Attack’s involvement in the film that they became aware of the Reprieve organization and their ongoing fight for improvement of prisoner and detainees rights around the world. This involvement with Reprieve, together with understanding the newfound plight of prisoners such as Mumia Abu-Jamal, influenced the subsequent 2008 tour, with many of the statistics on the accompanying LED screen behind the band displaying such facts concerning rendition flights, detention without charge and surveillance societies we live in today.
Interestingly, another well-known rapper, Mos Def, also appears in the film ‘In Prison My Whole Life’ and contributed a new song (Dollar Bill) to the film’s soundtrack. Massive Attack fans should be aware of the previous and highly successful 2002 collaboration, I Against I, Massive Attack undertook with Mos Def, which in many ways was similar to the making of Calling Mumia, i.e. a collaboration with an American rapper for a film project with no direct contact between the two parties.

Sampled From
The soft opening piano notes heard in the first few seconds was sampled from Massive Attack’s own 2005 recording sessions with Terry Callier, in a unused outtake from said sessions. You can hear this unused piano outtake at 13:45 into this Soundcloud stream.
Notable Quotes
Extract concerning Massive Attack’s involvement in the score for ‘In Prison My Whole Life’ – “MA have been creating original, current and groundbreaking music since the late 80′s. Always breaking new ground while sounding fresh, they have changed the British musical landscape forever. As well as their music, they have been politically active and supported many worthwhile causes so when they agreed to do the score for ‘In Prison..’ we were over the moon.”[Official 'In Prison My Whole Life' website - March 2008]

William Francome on his appreciation for Massive Attack and their involvement in his documentary – “When I think back to growing up in North London before I moved to the states, the soundtrack was par for the course at that time with bands like the Prodigy, Massive Attack and Tricky blaring out of my older sisters stereo. Having an older sister and also the fact that one of the rooms in my dad’s house was rented out to Jonny L (of ‘Hurt you so’ fame and later of the Truesteppers- Remember Victoria Beckam?) meant that I was exposed to music that others my age perhaps weren’t. Massive Attack then maintained their position as huge part of the British music scene, evolving as our tastes did. So when we were working on the film and our music coordinator Liz Gallagher mentioned it might be something that Neil Davidge and Robert Del Naja from the band might be interested, we jumped at the chance. Now it’s done, they’ve created a great score and the film is much better for it. I’d just like to thank them for the great work they’ve done. “['In Prison My Whole Life' MySpace Blog - October 2007]
Just want to come up to pull me down
I just got my feet on solid ground
Disconnect the plug
No more sound
I can't be heard or seen
Now what does it mean
No conclusion
Open your eyes
See, 'cause the revoultion will be televised
I gained support
I came to court
Cursed the judge
Did'nt even budge
Did'nt even look at me
Shrugged and shooked at him
He gave me life and threw the book at me
It's sad 'cause a man lost his life
Familes crying
Witnesses lying
Played by the P.A
Made by the D.A
And it's in the game just like E.A
You've gotta have fun when your in the pen
With the game over, ain't no motherfucker starting again

(Locked away)
(Nowhere to turn)
(Put that shit down)
(You live like we live)
(Back against the wall)
What up man! (repeat and fade)

You just might lock up
Maybe shut the fuck up
Before you get stuck up
The way you feel
That's the way I feel
The will to deal
Mean the will is
What up man! (repeat and fade)

Kill or be killed
Dead man talking
Dead man walking
The will to will
That will is the way I used to live
And the way I live now is to educate and elevate the kids
And give them more than weed and bottles of beer
And show them how to live like this here!
Yeah, got alot to say
'Cause it ain't no fun when your locked away
You've gotta pay me, stay wagey, stay free
Flexible
Seems like I'm going through obstacles
None to heavy
None to deep
Pined to the back
Wrapped up the leaf
Ben's in the jack
Just traded them in
Just sent all of the money to the homie in the pen
Yeah I've got a what up man
To my homie, Jamal
What up man!

Any wonder why we say
"Fuck The Police!"
What up man!

(Locked away)
(Nowhere to turn)
(Back against the wall)