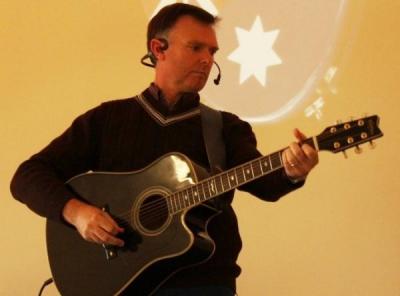 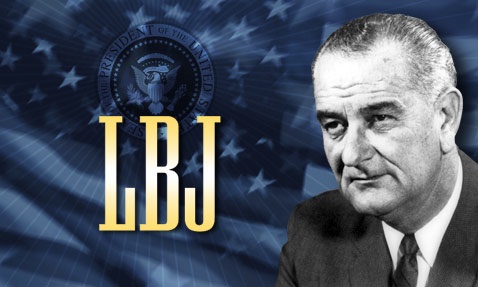 Lyndon Baines Johnson, often referred to as LBJ, was the 36th President of the United States as well the one who escalated American involvement in the Vietnam War, from 16,000 American advisors/soldiers in 1963 to 550,000 combat troops in early 1968, as American casualties soared and the peace process bogged down. The involvement stimulated a large angry antiwar movement based especially on university campuses in the U.S. and abroad. Summer riots broke out in most major cities after 1965, and crime rates soared, as his opponents raised demands for "law and order" policies. The Democratic Party split in multiple feuding factions, and after Johnson did poorly in the 1968 New Hampshire primary, he ended his bid for reelection. Historians argue that Johnson's presidency marked the peak of modern liberalism in the United States after the New Deal era. Republican Richard Nixon was elected to succeed him. 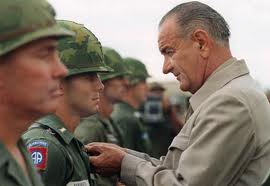 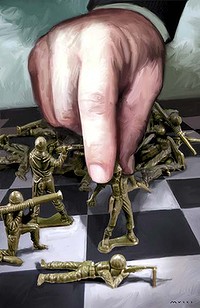 "My attempt at a serious hardcore 1960's protest song. Sung by my half brother, Lefty. I wrote it from an Australian perspective to add a little spice.
It is not a feel good song. It’s a protest song !.
There were massive protests in Sydney & Melbourne. Australian was pitted against Australian for the first time. (Ever seen "Planet of the Apes" ? Remember - "Ape killed ape !, ape killed ape !")
Aussies lost many troops in Nam. Australia paid a high price for a war that was not their own. (Australian’s have gone to war for Britain, the USA & France!)
I have tried to capture this sentiment. 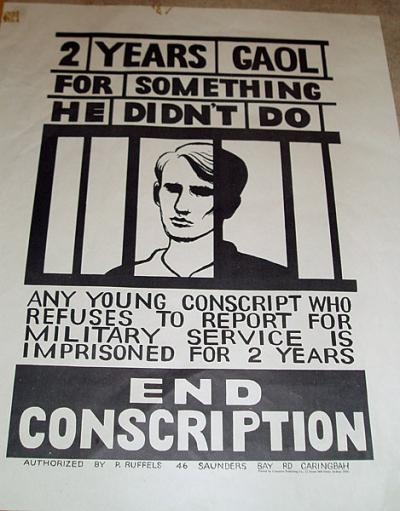 Peace, love, and please pick up the pieces of paper you see around you. (Woodstock quote)
Peace & Love brothers & sisters".
In the 1960's Australia got hit with purple rain
Australians were told to say "All the way with LBJ"
LBJ invited himself to this southern land
He caused our government to send our troops to Vietnam.

I was just a little boy -when a letter came in the mail
My dad said his conscription meant - the war could never fail
LBJ would care for him -and for this southern land
So he sailed from Sydney harbour to fight the battle of Long Tan...

In the main street of Sydney town the crowd protested loud
LBJ divided a land so young, so strong and proud
For Aussies were divided -for the first time in this land
Can you see LBJ's war wasn't just in Vietnam ?.

This summer of love was anything but – in the place they call down under
Our innocence and families LBJ did plunder
Every year on remembrance day I salute and shed a tear
For the orphans who cry out « No war », the president will hear.

Us orphans who cry out « No war », -we know- the president will hear.