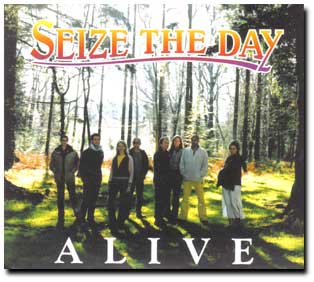 I was in a hole
With just the dole to keep me in the black.
My letterbox was full of bills, and I began to crack.
I shouted at my TV and my TV answered back,
"If you join the New World Order son,
There's nothing you will lack."

They offered me that credit card
They call the Golden Gun.
It's universal plastic, it's every card in one.
It spends your money for you,
Then it tells you what you've done.
And then it debits you a pound of flesh
For every hour of fun.

Oh, have you seen that cash machine
With electronic eyes?
It won't pay out for anyone it doesn't recognize.
I gave it my identity just for the mystery prize.
Now I do not dare go anywhere without a good disguise.

... Won't put my soul in cyberspace
For a toilet door that knows my face.

Did you hear about that silly con ?
I don't believe it's true.
It's gonna free humanity
With all that it can do.
Just watching all the data
It will think your future through.
'Till it gets so user friendly, it ends up using you.

And have you seen that laser beam,
The one that knows your car?
You tell it where you want to go.
It tells them where you are.
With automatic debiting for every inch of tar,
And an access code for every road,
Or you ain't gonna get that far.

... Won't give away my DNA
To drive along no motorway.

I called my money manager,
She said: "You're in a fix,
We'll put you on our debit scheme,
It's called the 666.
It only takes a drop of blood, it's just a little prick.
Then we can peep inside your genes,
And see what makes you tick."

... No microchip will say that I
Have not the right to sell or buy.

Did you hear about the master plan
They call the master race?
With an o-so-easy barcode implanted in your face.
You will only get one if you've got the DNA,
And you've got to stay in credit
Just to earn your living space.

... No digital geneticist will even know that I exist.

Did you hear about that man who said:
"It couldn't happen here."?
I sang this song to warn him,
But he didn't want to hear.
He said: "DNA's the price I'll pay for living with no fear."
Then when he got home,
He met his clone with a grin from ear to ear.

Then when he got home he met his clone
With a grin from ear to ear.

Don't give a damn what you think I'm worth,
I have the right to walk this Earth.
And I ain't gonna take that bastard mastercard