A War Without an End 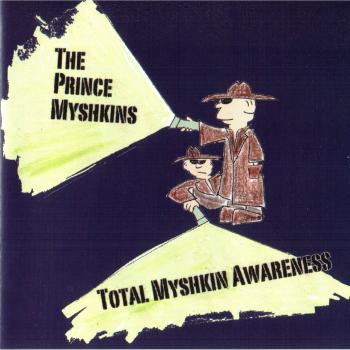 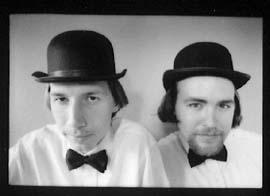 There's someone on the phone ~ He's just post-graduation
from the nation's finest school of phone solicitation
his delivery is lame – his diction's the same
his name is so mundane it has to be a fabrication..

Is he on tape or live? ~ The answer is unknown
as he drones mulishly along -in that quasi-monotone
and as you wait for the gong, -you wonder how long
You'd spend in Purgatory for just hanging up the phone..

A war without an end??
Do I look like some chump
Who just dropped off the applecart
'cause some serpent shouted “Jump”?
Do I look like Mr. Ed -with rocks in his head
believing he's a camel 'cause you just sold him a hump?..

You start to get the sense, ~the way this sales pitch smells,
that war is maybe ten percent of what this fellow sells,
and as you've probably guessed, -regarding the rest,
It might show up in war zones, sort of bubbling up from wells...

This guy would sell his mom for the oilspill off a rig
This guy would buy and sell Medusa ~ for the snakeoil in her wig
He goes oily to bed, -oily to rise,
and when his heart's on fire, oilsmoke gets in his eyes

And instead of thinking “How did my vision get so clouded?”
he perceives a world of cities without citizens,
Full of cars without drivers, on roads without a bend,
A world without an OPEC and a war without an end...

A war without an end??
Do I look like some rube
who orders sushi boats online -and eats pretzels from a tube?
Look what you're hawking, you hawk!
Your stock is a crock!
I wouldn't tilt my piggybank to get it out of hock!

A war without an end??
Do I look like some dweeb
who hangs around your oilwells -calling everyone “Sahib”?
I mean, “Where is the catch?” is what I would protest,
except I'm looking at the catch –
right now, the question's “Where's the rest??”

And as the oxymorons seethe forth from his all-consuming mouth,
if oxygen goes in his brain, it isn't coming out!
He's mouthing it by proxy, his oily orthodoxy
– now that's an oxymoron (if you take away the “oxy”)!

I mean, a war without an end??
You just don't get it, do you?
You should read the Constitution (or have someone read it to you)!!
You think that you can stammer a sentence without grammar,
and everyone will clamor for a seat without a view..

So, No thanks,
and don't call this line again.