[2007]
Lyrics & Music by Tom Neilson
Album: Another Pacifist Under Surveillance 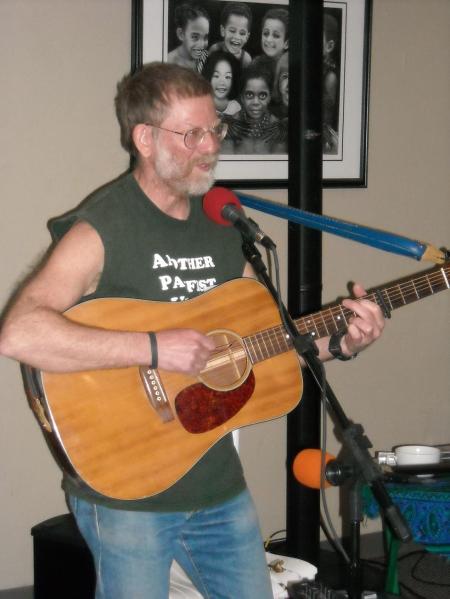 
About a commonly unsung heroine, a casualty of war that is not usually mentioned in polite company.
Annie Dunn's story is one I heard in the Highlands of Scotland.
Annie has two men, both defectors from the military. social commentary, historical..
T'was in the year 18 and 5, a highland lass was she..
Her daddy was a farmer growin' rye and raisin' sheep.
T'was early in the mornin' when the soldiers come for him
and took him off to fight against the French Napoleon..

She cut the wood, and pitched the roof, the rain was comin' doon
When Willie showed upon her step, and not a day too soon
He turned the soil and sheered the sheep, she spun it on a loom
He kissed the sweat upon her brow and she showed him to her room.

Now Willie was an army man desertin' from the war
The taste of steel, the smell of shot not wantin' anymore
And oh how he loved her and worker hard was he..
The field stone that he cleared could've built a church or three.

Their 2 year old in her embrace and Annie in his arms.
Snuggled on a frosty morn, when Dugger barked alarm.
Riders in their coats of red, recruiters for the crown
Tore her Willie from her side and took him off to town.

Her daddy long 'd disappeared and Willie 2 years gone
When at her door t'was I appeared, my face all sunk and drawn.
I worked the fields like Willie -and father'd to her John
and she took me to her room at night when the day was done.

Like Willie, I was on the run, leaving war behind.
The killing and the slaughter wasn't for my kind.
Four years hence, our Nellie, to the house come runnin'..
Sayin' that a stranger from the loch side was a comin'.

T'was if she'd never lost him and to his arms she flew.
But now she had 2 men she loved and both of 'em were true.
With me she had a daughter – with Willie bore a son..
And both of us before her were in love with Annie Dunn.

Well some folk maybe tell you that we're livin' deep in sin.
But greater sin to fight a war that takes away the men
And leaves the families behind, survivin' as they can..
We'll make it clear to all who hear-
We'll not fight your war again.