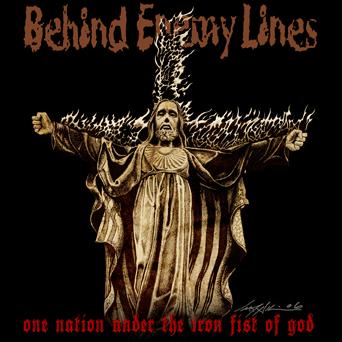 Sinclair Lewis said: "When fascism comes to America, it will be wrapped in the flag and carrying the cross": Agree or Disagree?
Free Inquiry readers may pause to read the "Affirmations of Humanism: A Statement of Principles" on the inside cover of the magazine. To a secular humanist, these principles seem so logical, so right, so crucial. Yet, there is one archetypal political philosophy that is anathema to almost all of these principles. It's fascism. And fascism's principles are wafting in the air today, surreptitiously masquerading as something else, challenging everything we stand for. The cliché that people and nations learn from history is not only overused, but also overestimated; often we fail to learn from history, or draw the wrong conclusions. Sadly, historical amnesia is the norm.

1. Powerful and continuing expressions of nationalism. From the prominent displays of flags and bunting to the ubiquitous lapel pins, the fervor to show patriotic nationalism, both on the part of the regime itself and of citizens caught up in its frenzy, was always obvious. Catchy slogans, pride in the military, and demands for unity were common themes in expressing this nationalism. It was usually coupled with a suspicion of things foreign that often bordered on xenophobia.

2. Disdain for the importance of human rights. The regimes themselves viewed human rights as of little value and a hindrance to realizing the objectives of the ruling elite. Through clever use of propaganda, the population was brought to accept these human rights abuses by marginalizing, even demonizing, those being targeted. When abuse was egregious, the tactic was to use secrecy, denial, and disinformation.

3. Identification of enemies/scapegoats as a unifying cause. The most significant common thread among these regimes was the use of scapegoating as a means to divert the people's attention from other problems, to shift blame for failures, and to channel frustration in controlled directions. The methods of choice – relentless propaganda and disinformation – were usually effective. Often the regimes would incite "spontaneous" acts against the target scapegoats, usually communists, socialists, liberals, Jews, ethnic and racial minorities, traditional national enemies, members of other religions, secularists, homosexuals, and "terrorists". Active opponents of these regimes were inevitably labeled as terrorists and dealt with accordingly.

4. The supremacy of the military/avid militarism. Ruling elites always identified closely with the military and the industrial infrastructure that supported it. A disproportionate share of national resources was allocated to the military, even when domestic needs were acute. The military was seen as an expression of nationalism, and was used whenever possible to assert national goals, intimidate other nations, and increase the power and prestige of the ruling elite.

5. Rampant sexism. Beyond the simple fact that the political elite and the national culture were male-dominated, these regimes inevitably viewed women as second-class citizens. They were adamantly anti-abortion and also homophobic. These attitudes were usually codified in Draconian laws that enjoyed strong support by the orthodox religion of the country, thus lending the regime cover for its abuses.

6. A controlled mass media. Under some of the regimes, the mass media were under strict direct control and could be relied upon never to stray from the party line. Other regimes exercised more subtle power to ensure media orthodoxy. Methods included the control of licensing and access to resources, economic pressure, appeals to patriotism, and implied threats. The leaders of the mass media were often politically compatible with the power elite. The result was usually success in keeping the general public unaware of the regimes' excesses.

7. Obsession with national security. Inevitably, a national security apparatus was under direct control of the ruling elite. It was usually an instrument of oppression, operating in secret and beyond any constraints. Its actions were justified under the rubric of protecting "national security", and questioning its activities was portrayed as unpatriotic or even treasonous.

8. Religion and ruling elite tied together. Unlike communist regimes, the fascist and protofascist regimes were never proclaimed as godless by their opponents. In fact, most of the regimes attached themselves to the predominant religion of the country and chose to portray themselves as militant defenders of that religion. The fact that the ruling elite's behavior was incompatible with the precepts of the religion was generally swept under the rug. Propaganda kept up the illusion that the ruling elites were defenders of the faith and opponents of the "godless". A perception was manufactured that opposing the power elite was tantamount to an attack on religion.

9. Power of corporations protected. Although the personal life of ordinary citizens was under strict control, the ability of large corporations to operate in relative freedom was not compromised. The ruling elite saw the corporate structure as a way to not only ensure military production (in developed states), but also as an additional means of social control. Members of the economic elite were often pampered by the political elite to ensure a continued mutuality of interests, especially in the repression of "have-not" citizens.

10. Power of labor suppressed or eliminated. Since organized labor was seen as the one power center that could challenge the political hegemony of the ruling elite and its corporate allies, it was inevitably crushed or made powerless. The poor formed an underclass, viewed with suspicion or outright contempt. Under some regimes, being poor was considered akin to a vice.

11. Disdain and suppression of intellectuals and the arts. Intellectuals and the inherent freedom of ideas and expression associated with them were anathema to these regimes. Intellectual and academic freedom were considered subversive to national security and the patriotic ideal. Universities were tightly controlled; politically unreliable faculty harassed or eliminated. Unorthodox ideas or expressions of dissent were strongly attacked, silenced, or crushed. To these regimes, art and literature should serve the national interest or they had no right to exist.

12. Obsession with crime and punishment. Most of these regimes maintained Draconian systems of criminal justice with huge prison populations. The police were often glorified and had almost unchecked power, leading to rampant abuse. "Normal" and political crime were often merged into trumped-up criminal charges and sometimes used against political opponents of the regime. Fear, and hatred, of criminals or "traitors" was often promoted among the population as an excuse for more police power.

13. Rampant cronyism and corruption. Those in business circles and close to the power elite often used their position to enrich themselves. This corruption worked both ways; the power elite would receive financial gifts and property from the economic elite, who in turn would gain the benefit of government favoritism. Members of the power elite were in a position to obtain vast wealth from other sources as well: for example, by stealing national resources. With the national security apparatus under control and the media muzzled, this corruption was largely unconstrained and not well understood by the general population.

14. Fraudulent elections. Elections in the form of plebiscites or public opinion polls were usually bogus. When actual elections with candidates were held, they would usually be perverted by the power elite to get the desired result. Common methods included maintaining control of the election machinery, intimidating and disenfranchising opposition voters, destroying or disallowing legal votes, and, as a last resort, turning to a judiciary beholden to the power elite.

Does any of this ring alarm bells? After all, this is America, officially a democracy with the rule of law, a constitution, a free press, honest elections, and a "well-informed" public constantly being put on guard against evils. Historical comparisons like these are just exercises in verbal gymnastics. Maybe, maybe not.. 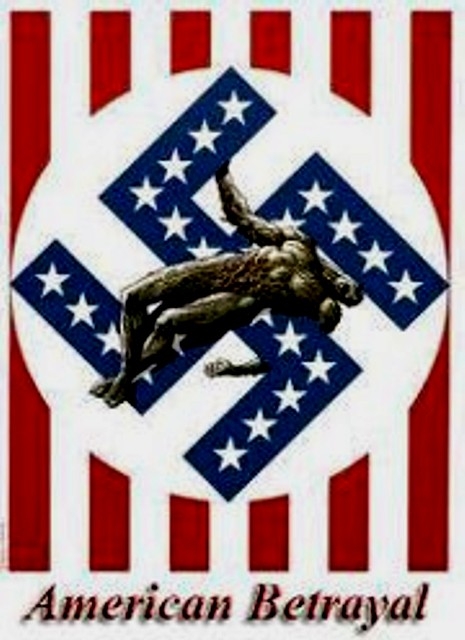