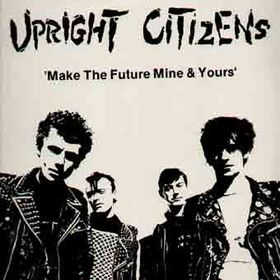 They talk of peace, but support war
A pretty bomb's delivered to your door
They'll never stop their rearmament
So it's up to us, the bomb must be banned
They say we have to rearm
We need more bombs in ourder to be armed
But ain't a million bombs enough?
They say it's just in defence
But nuclear bombs are bombs of offence
You ain't no better then your enemy
‎
I'm fed up with East and West
They always just waste their breath
And we will die in atomic heat
When we don't stop what we don't need
Stop their bombs of peace
‎
Grownd zero's just a question of time
When they don't stop their nuclear crime
Don't they remember Hiroshima?
U!S!A! U!S!S!R!
Don't wanna die in your atomic war
Your bombs of peace are just boms of war
So it's up to us to put an end to their bombs of peace
STOP THEIR 'BOMBS OF PEACE'!
JUST GIMMIE PEACE…‎