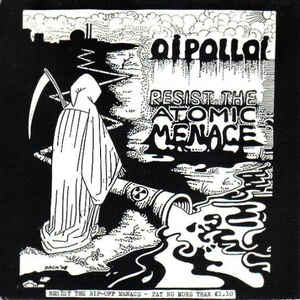 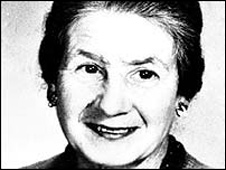 
(DoNQuijote82)
In March 1984 an old age pensioner by the name of Hilda Murrell was stabbed to death when she surprised an Intruder at her home In Shrewsbury.
The Police treated the Incident as If It was just an ordinary burglary that had gone wrong - but it was not and they knew It. Hilda Murrell was murdered by
The British Nuclear Industry.
A World famous rose grower, Hilda Murrell had been a campaigner for ecological sanity for many years and was In the process of writing a paper on
The dangers of nuclear power to be presented at the Inquiry Into the proposed building of a pressurized water reactor at Sizeweil. This was vital
Evidence for those opposing the P.W.R. but after the break-in her final dart was strangely found to be missing. Is It your ordinary burglar that steals
That sort of thing and yet leaves money and other valuables untouched? She died because she saw through their lies
Yet another victim of Britain's nuclear power program the truth behind nuclear power Is grim and stark so they weave a web of lies to keep us In the Dark
British nuclear fuels and the U.K.A.E.A will do anything to silence those who stand in their way

There can be no justification for the use of nuclear power. It leads to widespread contamination of the environment, numerous deaths from cancer and
Leukemia and unacceptable restrictions on our few remaining civil liberties - while all the lime cheaper and safer alternatives exists.

Because she realized this and decided to make her stand Hilda Murtefi became the target for a particularly foul and vicious attack. A frail old lady, she
Was repeatedly stabbed then dumped In the woods and left to bleed to death.
Are there no depths to which they will not stoop?
If she was not to die in vain
We must resist this atomic menace

Link does not work