Album : Cynical and Bitter in the U.S. of A 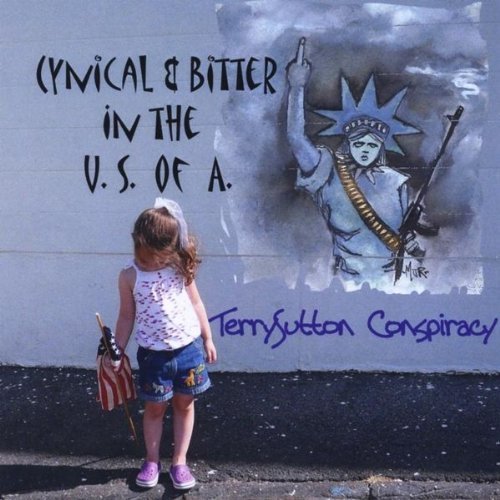 Soldiers that came from combat in the Iraq War are still fighting it in their minds everyday. Many have been neglected by the same government that they fought for.
Verse 1
My fellow soldiers came to rescue a foreign people from evil and tyranny.

We were over there to spread our way of living and democracy.

But no TV commercial or film could ever prepare me for the carnage I saw.

In a fight to the death, man doesn't abide by G-d's most important law.

Held in my grief when my fellow soldiers perished too soon.

I had to stand firm for myself and the platoon.

Strong men and soldiers are told never to cry.

Yet it's hard to go through this trauma and live that lie.

CHORUS
I fought for liberty. Survived a hostile land against a brutal enemy. I'm home yet I still fight the war. My friends are dying still, I've lost track of the score.


Verse 2
I have nightmares and I wake up in a sweat so cold.

Even with the lights on, these ghosts never grow old.

It's still a mystery why I'm here, while my comrades died.

I sometimes think about the combatants I shot and I wonder if they survived.

I imagine their children and then I think of mine.

Drugs and alcohol numb the things I did on the firing line.

A fellow veteran found his salvation down the barrel of his gun.

I've thought about it too but I can't let the enemy take another one.

CHORUS
I fought for liberty. Survived a hostile land against a brutal enemy. I'm home yet I still fight the war. My friends are dying still, I've lost track of the score.


Verse 3
I don't enjoy independence day because the fireworks remind me of battle.

The smell of rotting meat sickens me with flashbacks of dead human cattle.
Would be employers and romantic interests view my kind as a lost generation.

Friends and family try to help out but they don't understand the situation.

Fallujah changed me and I shutter when I hear it's name.

Like Vietnam, Khandajar, Iwo Jima, the meaning is all the same.

I'm still fighting this war in my head and losing it every day.

My country discarded me, soldier down. Mayday.