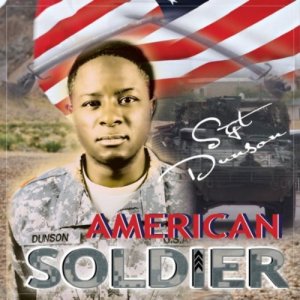 In the biggest official files leak in history nearly 400,000 Iraq war logs reveal the massive scale of civilian deaths and new torture allegations following an investigation by Channel 4′s Dispatches.
Channel 4 News has accessed the data in the classified documents via The Bureau of Investigative Journalism and WikiLeaks.
The only TV doc to have advance access to the biggest Wikileaks release ever. This is what really happened during the Iraq war, not what the US PR machine of the time wanted us to believe. The reality behind the civilian death count; al-Qaeda’s fictitious presence; torture, torture and more torture. A wall of truth revealing unprecedented levels of unwarranted aggression.
Dispatches, Channel 4′s flagship current affairs strand, exposes the full and unreported horror of the Iraqi conflict and its aftermath, revealing the true scale of civilian casualties and allegations that even after the scandal of Abu Ghraib, American soldiers continued to abuse prisoners.
And that US forces did not systematically intervene in the torture and murder of detainees by the Iraqi security services. The programme also features previously unreported material of insurgents being killed while trying to surrender.
Βombs over Baghdad, boy you better get your head down
It's time to lay rounds time to hear that columbine sound
Ιt's time to put to rest the enemy and for us to prevail
But ain't no celebrating until we send his ass to hell

Αnd even after still I need to get and ace report
Τwo mags up up got water and ain't nobody one hurt
Νow get back in the dirt ya'll know that's where we live
Y'all know ain't nothing clean about going to the field...

Every time it happens like this as soon as we get careless
Out the wire we get hit now we in some bullshit
But I'm ready for this shit I was trained for this shit
In planted in my brain forever aim slapping up on the clip..


As far as I'm concerned ..my mind never left Iraq
Mentally hit by ambushes when I got back
It had me rolling out my bed reaching for my gat
I had to break Contact Regroup and Get back

Come in arms reach and get barrel whipped...
Every Where I go I Still Got That Thang on my hip
And I Still Approach Every Situation With A Strategy
And I'd still Rather Go After Him Then Have him come after me..

I give a fuck about Politics give A Fuck about Presidents
I'm over there fighting so fighting can exist
Yeah I'm really in to this shit call me a war junky
I'd be the first one back thru the door For NO Money..

Motherfuckers so funny trying to tell the world what we do
We'll how you gone explain to them what you ain't been thru
This what I really been thru fought side by side with my troops
And was willing to give my life... if I had too.

Always the last to load up and the first to get out
We red con 1.. now ..lets roll out
Hear these words out my mouth wish I could forget that night
But when its dark outside... I'm still reaching for my tact light