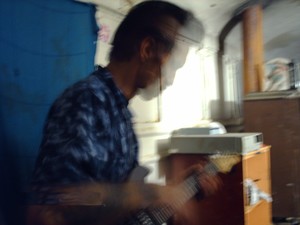 When I was young we called it banana stand
Riding around on a camel's back
Now they tell me it's where the terrorists are at.
It's where that guy that knocked the buildings down
Hid in a cave and was nowhere to be found
We sent some guys who took a look around
Then in Pakistan they found him living in a town
Blew him up but we stuck around..
We need to show them all how to live their lives
Now they are mad and shoot our guys
Because we told them they can't have all those wives
And they believe in the wrong god
Even though he is the same as ours
Now some stupid went and burnt their books
I wonder when we will come home and learn to leave those guys alone..
We got the guy that killed our friends
I wonder if the war will end
a soldier from another war lost his nut and shot some kids
now it's us the target of their revenge
the starting up of tit for tat..

I owe you one and pay you back
now it's your turn to get me back
This situation will never end they are never going to be our friends
Now is the time to bring them home -we defended our name
Bring them home and stop the game
Leave them alone even if they are strange
We got bigger fish to fry
Don't let anymore of our boys die
pursuing a phantom of the Afghan lie..