The title is an allusion to the first (and no longer sung) stanza of the national anthem of Germany, which begins with the words "Deutschland, Deutschland über alles." (literally, "Germany, Germany above all.") 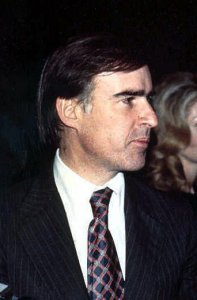 The song focuses on Jerry Brown, the Governor of California 1975-1983 and 2011–2019, and is sung from his perspective. An imaginary Brown outlines a hippie-fascist vision for America, in which his "suede denim secret police" kill un-cool people with "organic poison gas" chambers. Lines such as "Serpent's egg already hatched" (a reference to a line from William Shakespeare's play Julius Caesar) comment on the corrosive nature of power. The line "now it is 1984" refers to the totalitarian regime of George Orwell's novel Nineteen Eighty-Four, describing a future (from 1979) where Jerry Brown has become President Brown presiding over secret police and gas chambers.

The song is an early example of the Kennedys' trademark use of menace and musical tension. It fades in with sinister military-styled drums, joined by an ominous bass riff. Biafra paints the scene in low, sneering tones before bursting in manic chanting chorus: "California Über Alles [x2], Über Alles, California [x2]". After two verses and choruses, the song shifts into a slower middle eight section set to a martial drum beat over which Jello Biafra imagines the nightmarish actions of Brown's SS-styled secret police ("Come quietly to the camp; you'd look nice as a drawstring lamp," a reference to the lampshades Nazi concentration camp guards, in a popular urban legend, made from human skin[3][4]). The pace speeds up as it approaches the last iteration of the chorus, closing with a repeated chord sequence accompanied by a final burst of explosive drums.

German-American author Gero Hoschek was inspired by the song to title a 1988 magazine piece about the "Golden State" in the prestigious German Zeit Magazin weekly titled "Kalifornia Über Alles!" (sic), as well as a never produced screenplay. Biafra complained, got and liked a copy of the movie script, understood that there was no copyright violation, and used the same spelling for the song's 2004 remake with Melvins, "Kalifornia Über Alles, 21st Century".
I am governor Jerry Brown
My aura smiles and never frowns
Soon I will be president
Carter power will soon go away
I will be Fuhrer one day
I will command all of you
Your kids will meditate in school

Zen fascists will control you
Hundred percent natural
You will jog for the master race
And always wear the happy face
Close your eyes, can't happen here
Big Bro' on white horse is near
The hippies won't come back you say
Mellow out or you will pay

Now It Is 1984
Knock knock at your front door
It's the suede denim secret police
They have come for your uncool niece
Come quietly to the camp
You'd look nice as a drawstring lamp
Don't you worry, it's only a shower
For your clothes here's a pretty flower
Die on organic poison gas
Serpent's egg's already hatched
You will croak, you little clown
When you mess with President Brown