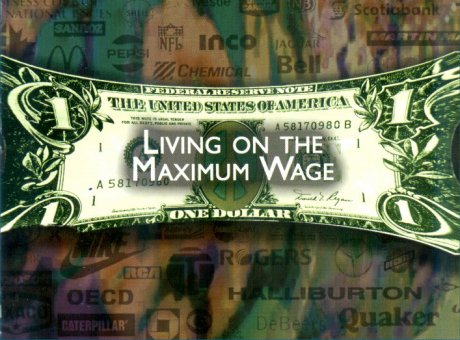 In the summer of 2003, John Poindexter was the overseer of DARFA's (Defence Research Projects Agency) attempt to institute a web based futures market that Dept. of War officials said could help forecast catastrophic events. Traders would hope to profit financially from their betting on terror. Deputy fo War Sec'ty Paul Wolfowitz called Poindexter's team "brilliantly imaginative." Sen. Barbara Boxer called the program "morbid" and "a sick idea."
The Pentagon is setting up a game that we can play
With stock market commodities, a murderous buffet.
Buy & sell future atrocities -they say- are on the way..
To provide homeland security -in the USA.

The Director is a felon – Poindexter is his name.
So if you're betting terror, he knows how to play the game.
Put your money down for violence & odds are pretty good
That you will win, place, or show in your neighborhood.

Betting on terror, predict the next attack
Like losing home or health care - 40 bullets if you're black,
Give away your freedom, tamper with your mail...
And if they don't like your ancestry, they'll take you off to jail.

Betting on terror, if it's slow or if it's fast
Is it ionizing cancer or a military blast?
Tearing up the Bill of Rights
or disappearing in the night..
Caterpillar murder or war by satellite?

Now Poindexter says that terror can rear its ugly head
In mid-east countries, you know terror seems to be inbred
But I say terror is in every child who is underfed
And US military actions leaving 1000s dead.

Now whose assassination? – And who to overthrow?
Is he writing down a lyric? – Is she playing the banjo?
Even money says you're peeing radiation in Iraq
And 5 will get you 10. –
Poindexter's got a few good men & women planning the attack.

Betting on terror, on a WMD,
Spraying farmers in Colombia, or getting HIV
Rumsfeld says he'll guarantee there's more barbarity..
Crusading with the stars & stripes for Christianity.

Bidding on terror, you've got to use the net.
Going once – going twice, you're homeland to protect
Click on that razor wire to put around your home
And a shotgun in the corner so you won't feel alone.

Betting on terror predict catastrophe,
Is it birth defects in babies from DU weaponry
5 to 3 your TV is just a fairy tale..
And if they don't like how we rhyme
They'll call it a subversive crime
A TIPS informant drops a dime
And you and I will do some time
And harmonize in jail.