For What Was Gained 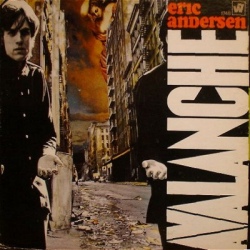 In my own city, where I come from
I had a friend we grew up as one
The best of our lives we made a vow
To stick it our some way somehow

No, he never had much family
Little brother and him, and mama made three
There was a time, there once was four
But he can't talk about that no more

And then one day a letter came
And on that day, I knew right there, our roads had changed
It called for him, to fight for us
He said "I ain't scared" but I knew he was

He looked so young in his uniform
And mama packed the trunk so old and worn
"It's a sad design, the Lord he weaves
If it was His will, it was meant to be"

A tear was hid as he stood and waved
And mama said "We love you son try to be brave"
Little brother he watched so proudly then
Said "When I grow up, I'm gonna be like him"

It was a Sunday morning little brother ran
Up the front porch cryin' with a telegram
The contents read, it was on a hill
It was in action, a boy was killed

Mama shrunk and fell and said "God help me understand"
And on her shoulder was little brothers hand
"I'll be alright, go on to your room,"
Thinkin' to herself "He'll be eighteen soon"

To die so young in an unknown land
Where the shame of blood is on no one's hand
And on whose heart will the guilt be bound
On the one who sent him out, the one who shot him down?

He was eighteen and he had to die
And to this day, God knows, I don't know why
To be so young, paid such a cost
For what was gained for what was lost?