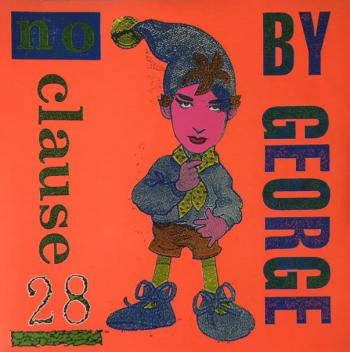 Protest song against the governing UK Conservative Party's legal restrictions on anyone working for a local authority "promoting" homosexuality,

Some people believed that Section 28 prohibited local councils from distributing any material, whether plays, leaflets, books, etc, that portrayed gay relationships as anything other than abnormal. Teachers and educational staff in some cases were afraid of discussing gay issues with students for fear of losing state funding (see Controversy over applicability for more information).

Because it did not create a criminal offence, no prosecution was ever brought under this provision, but its existence caused many groups to close or limit their activities or self-censor. For example, a number of lesbian, gay, transgender, and bisexual student support groups in schools and colleges across Britain were closed due to fears by council legal staff that they could breach the Act.


[Il brano si apre con una "fake", una dichiarazione falsamente attribuita alla premier Margaret Thatcher - ndr]
"The aim of this government is to make every one as miserable as possible!"

would you be so careless
to give a fool a gun