A Motor-Bike in Afrika 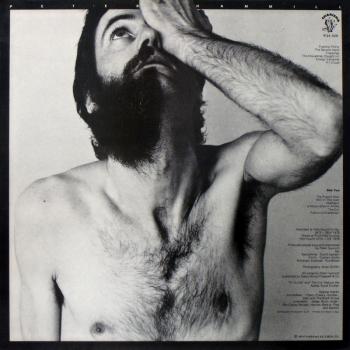 Una cover del brano è stata anche offerta da The Ex nell'album del 1988 intitolato "Aural Guerrilla".
A motor-bike in Africa,
he's riding the white line,
oblivious of snakes stretched out
across the way like trip-wire,
shouting
"The road is mine!"

Tracing the line of the skeleton coast,
ghost riders from the Sud-West:
the original angels of death they seem,
six motor-bikes abreast.

Riding through the oppressive night,
now only the hardest remain.
Look at the scars of the tyre-tracks,
look to the bodies behind their backs,
look at the bastards bray
in Africa today.

The bodies of Biko and Soweto poor,
the Christian message of Dutch Reform,
the sound of the monster, the motor-bike roar,
the hate in the eyes of the uniformed Boer,
the head and the bucket, the boot and the floor...
racial torture and racial war
in Africa today.

Come in Rhodesia, South Africa, your time is up...
no protection on a motor-bike;
sooner or later the normal traffic's gonna get you.