The Old Man's Back Again (Dedicated to the Neo-Stalinist Regime) 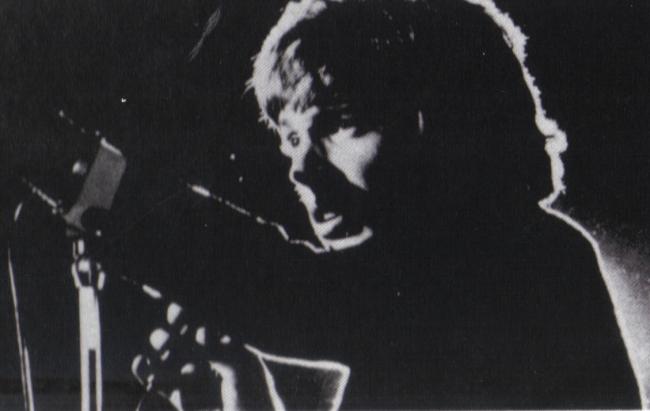 "Scott Walker’s passionate leftist political beliefs had been no secret by the time “The Old Man’s Back Again” was written and recorded, but the event which prompted one of his most pointed songs found him tackling not a right-wing dictatorship (as he later would with “The Electrician”) but a left-wing one. The subtitle – “Dedicated to the Neo-Stalinist Regime”) specifically refers to the repressive Czech government that overthrew the Prague Spring era in 1968 with Soviet military help, the ‘old man’ himself being the ghost of Stalin returned to a horrific new life. “The Old Man’s Back Again” found Walker blending a symbolic lyric of destruction and death with a striking combination of rumbling, prominent funk bass and a post- Ennio Morricone western-orchestral arrangement, stabbing strings courtesy Peter Knight and mournful, almost Russian chorale-tinged wordless calls coming to the fore. As is often the case with Walker, his smooth singing power sugars the pill, exchanging open rage or a cynical snarl with a stance that’s uneasy listening, at once romantically evocative and bitterly condemnatory. (Ned Raggett su Allmusic)
I seen a hand, I seen a vision
It was reaching through the clouds, To risk a dream

A shadow cross the sky
And it crushed into the ground, Just like a beast

I seen a woman, standing in the snow
She was silent as she watched them take her man

Teardrops burned her cheeks
for she thought she'd heard, The shadow had left this land

The crowds just gathered, their faces turned away
And they queue all day like dragons of disgust

I see a soldier, He's standing in the rain
For him there's no old man to walk behind