>>> "Lyrically, it follows a newly recruited soldier from the morning... 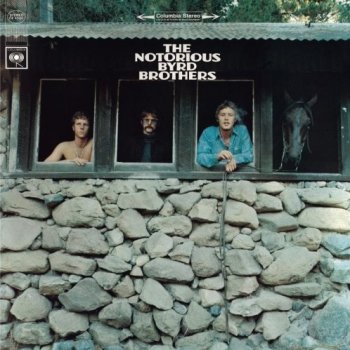 Then there were the songs about the events happening on the home front during the Vietnam War. The scariest time for many teens during the war was the draft, which was captured by The Byrds in "Draft Morning." This song starts out slow and peaceful talking of the warmth morning sun then all of a sudden it changes to talk about killing and war. Between the verses there is a section of gun fire which is quite a juxtaposition from the serene background music. In the second verse the question is asked "why should it happen?" which was a question that probably was on the minds of many sons, mothers, fathers, sisters, and girlfriends that morning.

"Draft Morning" is a song about the horrors of the Vietnam War as well as a protest against the conscription of men into the military during the conflict.[2][41] The song was initially written by David Crosby but he was fired from The Byrds shortly after he had introduced it to the rest of the band.[However, work had already begun on the song's instrumental backing track by the time of Crosby's departure.

Controversially, McGuinn and Hillman decided to continue working on the song, despite its author no longer being a member of the band. Having only heard the song's lyrics in their original incarnation a few times, McGuinn and Hillman couldn't remember all of the words when they came to record the vocals and so decided to rewrite the song with their own lyrical additions, giving themselves a co-writing credit in the process.

This angered Crosby considerably, since he felt, with some justification, that McGuinn and Hillman had stolen his song.[41] Despite its troubled evolution, "Draft Morning" is often considered one of David Crosby's best songs from his tenure with The Byrds.

Lyrically, it follows a newly recruited soldier from the morning of his induction into the military through to his experiences of combat and as such, illustrates the predicament faced by many young American men during the 1960s.[3][28] The song also makes extensive use of battlefield sound effects, provided for the band by the Los Angeles comedy troupe The Firesign Theatre.

"Lyrically, it follows a newly recruited soldier from the morning of his induction into the military through to his experiences of combat"

"Through to his experiences of combat" - I'm not sure that can be assumed. The entire song could've been the thoughts of the young man as he lay in bed, the morning he was to enter the army. "Today was the day for action" could reference his thoughts that he should have evaded to the draft. The war sound effects don't necessarily mean he was at war ... you shouldn't take that so literally.