Una canzone sugli esperimenti nucleari americani negli anni '50, quando migliaia di soldati furono intenzionalmente esposti alle radiazioni emanate dalle esplosioni. Veniva semplicemente detto loro di coprirsi gli occhi e di girarsi di spalle al momento della deflagrazione. Ma molti raccontarono che anche così il bagliore era talmente forte che con le palpebre chiuse ciascuno poteva vedere le ossa delle proprie mani come in una radiografia...
L'esercito aveva detto loro che servivano per un esperimento, che c'era un rischio ma che era "accettabile"...
Many years back, a dusty track
And the trucks were winding down to the testing site
They had a bomb out there, I still see it clear
It turned night to day and day to endless night
Eleven hundred soldiers ordered to parade
Sent down towards that fireball, I still see it clear as day
It wasn't what they told us, it was what they didn't say
And if I knew what I was getting into
Nothing would have made me stay
To pay the price I have to pay today

But they told me it was safe, and they swore that was true
They said, The risks are all acceptable - acceptable to who?

They marched us down, we all stood around
And I think they knew what they didn't say out loud
Our only shelter there was the desert air
Hands on faces, backs to the deadly cloud
Then the world went white, I swear I saw the bones in both my hands
The ground was glowing cherry-red, so hot we couldn't stand
Something deep inside me told me what the army planned
And the deadly time-bomb started ticking
Deep inside my bones it's clicking
When you hear that sound you're quick to understand

But they told me it was safe, and they swore that was true
They said, The risks are all acceptable - acceptable to who?

Years went past, this one's my last
I still can't quite believe just what they did
Time went slow, all I've got to show
Is a lousy pension for my widow and my kids
So I thought you'd take a warning from one who's been hit hard
About their atom plants, their testing sites, their fences and their guards
Because the time-bomb is still ticking, right in your backyard
If you knew what you were getting into
Nothing would make you stay
To pay the price you'll have to pay some day

But they'll tell you it's safe, they'll swear that it's true
They'll say, The risks are all acceptable - acceptable to who?

They can't cover up the truth now, I feel it in my bones
They can fool you with statistics, but you'll pay the price
Alone 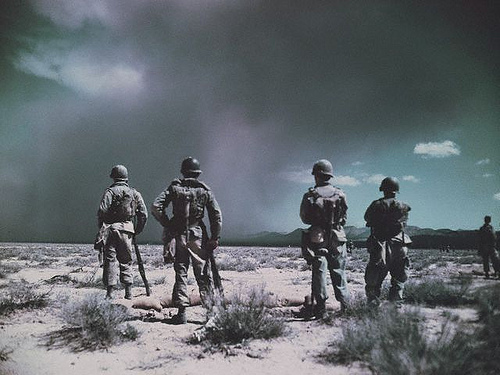 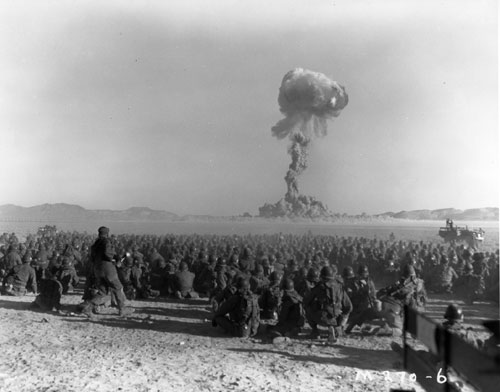 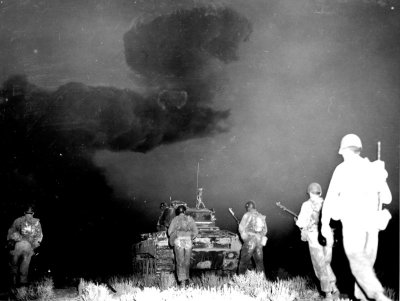