When the Horsemen Arrived... 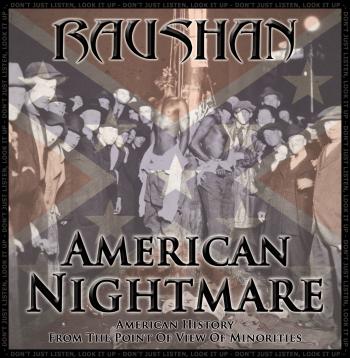 Breaks down the "Southern Strategy" & how it influences politics; explains law enforcement's true purpose; and describes the false "American Dream" from an immigrant's point of view.

American Nightmare album attempts to tell American history from the point of view of minorities. Each song reads like a chapter, focusing on topics such as the arrival of the colonists, the slave trade, and the Civil War. This is definitely a thought provoking project, and is guaranteed to inspire conversations on race and civil rights.
I wish the propaganda was true,
(continua)
inviata da giorgio 23/2/2013 - 09:15
Percorsi: Razzismo e Schiavitù negli Stati Uniti d'America
×