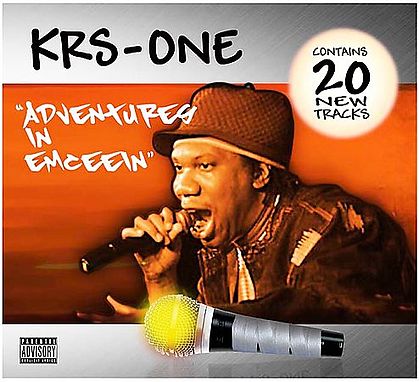 Yo KRS it's time to make a statement up in here
Let everybody know what's really goin on in America
Behind closed doors of this Bush Administration
There's a war goin on
Which side you on?
Which side you represent, huh?
Yeah!

[KRS-One]
YEAH~! To all the families
That got somebody overseas
In that bullshit war
That's what we tellin

Yeah what'chu know about real war when it's happening?
Who you care for, who your heart, think about your friend
fightin with Iraq and them, rebel forces trackin him
Bombs in the front, underneath, and in back of them
While we chillin in that Escalade, they dodgin rocket propelled grenades
So what you ace of spades
What about the promises that were made?
No one in America feels any safer, in fact we feel betrayed
Over 200 families played
with an American flag and a letter that says your child got sprayed
in the sands of Iraq, forget the economy
Mr. President, when my kid comin back?
When my spouse comin back? Four million people out of work
sayin right now when my house comin back?
Now we can see that to be all you can be
Man invadin Iraq and dodgin RPG's!

[Chorus 2X: Cx]
Rest in peace to them soldiers on a two-year tour
Frontline of the political war
Troops flyin out to Iraq, sent home in a black bag
Global terrorism droppin bombs over Baghdad

[KRS-One]
What's the cause, what's the point, what's the agenda?
WMD's, Iraqi freedom, I don't remember
Politics is one thing, lives are another
People seperated from they wives and they mothers
Fathers and brothers, leavin their families and others
Safe under the cover they're position first gunner
Hard times, demand even harder rhymes
You can't be stallin pimpin and ballin all the time!!
I speak about MORE than crime
I rhyme to the spirit, to them people with "Spiritual Minds"
But I hope you get the lyric in time
You just went to get a degree, now you behind enemy lines
But yo, everything is gonna be fine
You'll be home in no time and you'll remember this rhyme
Most of them soldiers in Iraq my friends
I ain't checkin for the war, but I'm checkin for them

[KRS-One]
You ain't gotta feel, when you pop that steel
Return fire comin in and things gettin real
From Desert Shield, to Operation Iron Grip
Americans will not forget that {ish}
While I spit another hit, over them news clips, every day
Yo Bush, how you become President anyway?!
Buyin off judges, exposin Clinton's lovers
Riggin elections, underminin all these others
It's time to uncover, the real plot
We need to build our own nation, and call it hip-hop
Yeah! Release the fear
The real hip-hop is over HERE!