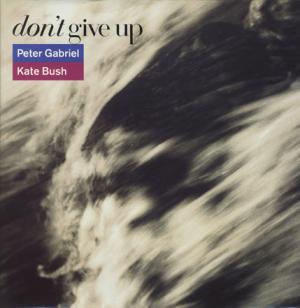 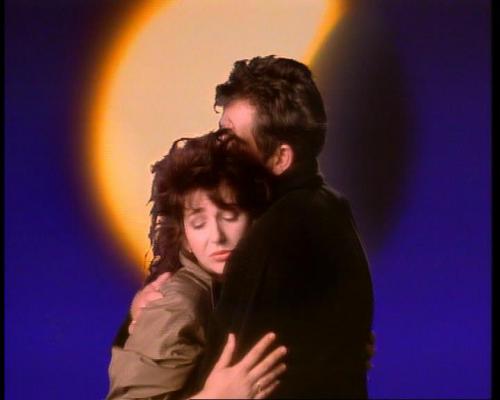 Drove the night toward my home
the place that I was born, on the lakeside
as daylight broke, I saw the earth
the trees had burned down to the ground

Moved on to another town
tried hard to settle down
for every job, so many men
so many men no-one needs

To celebrate the release of Nick Hornby’s Songbook, several authors wrote in about their favorite songs.

Back in the ‘70s, when Pampers was a revolutionary new product, they used Annette Fitzgerald’s baby picture on the box. Annette was a very cute baby. Later, she was the most stunningly beautiful woman I ever held in my unworthy arms. I crushed on her all through school. I gagged every time she walked into a room. It made learning anything difficult.

Then, in 1987, in the face of stiff competition from cheap imports and generics, the people at Pampers decided on a makeover. This amounted to changing the baby on the box. The results were catastrophic. Sales plummeted. Mothers quite simply preferred Annette’s picture. For me, the change was symptomatic of a very strange year, a year whose backing music was “Don’t Give Up” by Peter Gabriel and Kate Bush….

Cher won an Oscar. So did Sean Connery. Don Johnson was bigger than Bruce Willis, was married to Melanie Griffith, and had a recording contract! Someone paid $40 million for Sunflowers. It felt like silly season in Absurdistan.

It’s so strange the way things go. Don’t give up….

Annette asked if I wouldn’t so terribly much mind if she sat next to me in geography class. Her girls were distracting her, and her grades were going south. I couldn’t unravel my tongue long enough to attempt to discuss her reasoning. Instead, I just nodded my assent.

Ronald Reagan, meanwhile, the then CEO of the Free World, was having a touch of prostate trouble; his sidekick, Mrs. Thatcher, was reelected to a historic third term. In France, the “Butcher of Lyon,” Klaus Barbie, went on trial for crimes against humanity, forty years after the event. Berlin was still a divided city. Some people still used semi-colons; correctly. The first intifada began. What a year.

Don’t give up, I know you can make it good.

Shortly after I failed my third consecutive geography test, Annette told me the acne on my forehead resembled the Great Bear constellation in the northern sky. Recognition. I wasn’t just the geek that sat beside her. No, I was the geek with The Great Bear Acne Constellation. A couple of days later, I spoke my first full sentence to her: “The capital of Brazil is Brasília.” It took a lot out of me. Soon after, Sugar Ray Leonard outboxed Marvelous Marvin Hagler. Hill Street Blues departed. The Simpsons arrived. The stock exchange crashed. And Al Gore still hadn’t invented the Internet, yet. 1987. Fusion was all about atoms, and had zip to do with food. Rick Astley’s “Never Gonna Give You Up” was everywhere. And Pampers was rumoured to be the target of a takeover bid from a Korean producer of sanitary towels. Only Christmas could save us now.

But no, it wasn’t over yet. The year was looking like a complete washout. Joseph Campbell, master comparative mythologist, passed on/changed address. Peter Tosh was murdered. On death row, Earl Edward Johnson’s last words were “Please let’s get it over with.”

When things get rough, you can fall back on us. Please, don’t give up.

And then, Annette Fitzgerald put her tongue in my mouth.

I readily acquiesced, didn’t so much as offer the semblance of resistance. The end of a long crush? Would I, after all, spend my life pampering her? It was New Year’s Eve, and we were slow dancing at Karin Daly’s seventeenth-birthday party. Two days previously, the FDA had given its stamp of approval to a drug named Prozac. Annette and I were the last two wallflowers, and only danced at Karin’s insistence. Nobody was sitting this one out. That song. We began by holding each other at the elbows, then biceps, triceps, and shoulders, until finally we became interlocked about the neck. Someone later commented that we resembled a reverse full nelson.

There’s a place where we belong, it’s gonna be all right.

For one fragile, fleeting moment, I actually believed it would be.

As we danced, Annette whispered to me that she was a direct descendant of the earl of Fitzgerald, the once (but probably not future) king of Ireland. As she nuzzled my ear, I let slip that I was the only surviving heir of that great warrior, Conn of the One Hundred Battles. It seemed a heavenly, if somewhat tribal, match. Seemed. No such luck. About two minutes after the kiss, her father arrived to take her home, and on January 2, the bastard emigrated the whole family to Van Diemen’s Land…. Grinch. Nineteen eighty-eight was not getting off to a good start. I was never again to witness Annette at such close proximity. With a continent and two oceans separating us, it was unlikely that we would ever be an item. Damn you, road to Oz.

I just never managed to give up.

Spring came, and with it much change. Annette came back! At least, that is, to the shelves. Pampers had a new head of marketing whose first random act of kindness was to revert to the packaging of old.

And there she is to this day, a classic on the bottom shelf, beside the Johnson & Johnson shampoo, below an array of new Italian-pasta baby food…. Sometimes I have to stop and smile. Last week a staff member asked me if I needed assistance. Mostly I just hurry by.