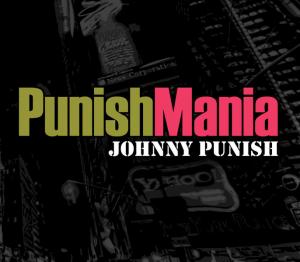 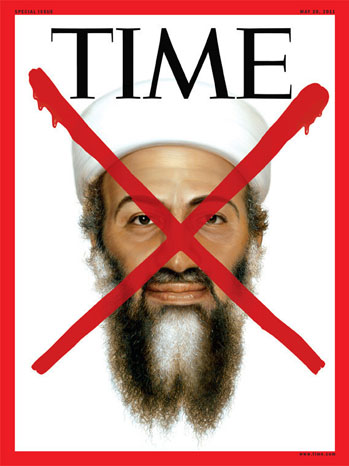 Osama bin Laden has been killed. The US got its man, just as George Bush vowed it would. So is the frenzy of war that grew from 9/11 over? Certainly not.
The only thing that is, are the lame jokes about Osama bin Laden hiding in the kitchen pantry.
The public celebrations in the West Bank after the awful events of September 11 that appalled us in the West seem somehow eerily mirrored in the celebrations we are now witnessing at the White House. Pick the difference! It's reminiscent of celebrating fans after a football victory. And it suggests we are locked in an ongoing war of retribution: we must bomb or be bombed, we must kill or be killed.

Nothing can excuse or justify any act of terrorism, but when leaders of any nation - particularly our own - applaud the state-legitimised murder of any person and call it justice, I can't help but feel it makes us all a little less human.
Since September 11 the truth has become more elusive. Absent proper information and coherent explanations, people speculate. Over the past ten years conspiracy theories have blossomed, like the absence of a plane hitting the Pentagon, and the planned detonation of the buildings in Manhattan. Benazir Bhutto claimed in 2007 that Osama bin Laden was dead, and Gore Vidal openly queried the official line.
In due course perhaps Wikileaks will burden us with the hidden official truth. It reminds me of the persisting JFK conspiracy theories, where the closest we come to the truth seems to be the physics lesson offered by comedian Bill Hicks (warning: explicit language).

In the ten years it took the US to hunt down and kill bin Laden, what have we gained in terms of understanding both ourselves and "the enemy” and advancing the interests of humanity as a whole?
War requires the writing of three sets of history books. One by the invaders, a second by the invaded and the third written by objective independent observers.

Osama bin Laden said during a CNN interview in March 1997, years before the September 11 attacks: "…We declared jihad against the US Government, because the US government is unjust, criminal and tyrannical. It has committed acts that are extremely unjust, criminal and tyrannical….And we believe the US is directly responsible for those who were killed in Palestine, Lebanon and Iraq. The mention of the US reminds us before everything else of those innocent children who were dismembered, their heads and arms cut off in the recent explosion that took place in Qana. This US government abandoned even humanitarian feelings by these hideous crimes….The US today as a result of the arrogant atmosphere has set a double standard, calling whoever goes against its injustice a terrorist. It wants to occupy our countries, steal our resources, impose on us agents to rule us based not on what God has revealed and wants us to agree on all these. If we refuse to do so, it will say you are terrorists. With a simple look at the US behaviours, we find that it judges the behaviour of the poor Palestinian children whose country was occupied: if they throw stones against the Israeli occupation, it says they are terrorists whereas when the Israeli pilots bombed the United Nations building in Qana, Lebanon while was full of children and women, the US stopped any plan to condemn Israel….Wherever we look we find the US as the leader if terrorism and crime in the world. The US does not consider it a terrorist act to throw atomic bombs at nations miles away, when it would not be possible for those bombs to hit military troops only. These bombs were rather thrown at entire nations….we, by the grace of God, are dependent on Him, Praise and Glory be to Him, getting help from Him against the US…"

Isn't this anti-American sentiment marinated in religion? Isn't it the converse of what the White House spins, with implicit moralising more than explicit evangelism, in its justification for using its war machine to spread freedom and democracy? If so it's dangerously naïve for political leaders in this country join the celebrations and suggest that things will end well.

Why?
Because you can't kill an ideology by bombing people and assassinating their leaders.
Particularly not an ideology that feeds off generations of anger, resentment and the desire for revenge within the hearts of the bombed, the disenfranchised and the poor. The problem wasn't lost on our great thinkers. In 2001 thirty two Nobel Prize Laureates made this international appeal:" Military measures intended to support the arrest of a terrorist have turned into a large-scale attack on one of the poorest countries in the world, as well as on its population, which is tormented by hunger and poverty and threatened by uprooting and death.
As little as the gap between rich and poor in the world was the cause of the murderous attack on September 11, all the more are the attacks against Afghanistan deepening this gap and thereby multiplying reasons to hate the West and its civilisation….With every bomb that falls and every western soldier who kills on Afghan soil, the rich part of this world closes its eyes to the suffering of the peoples in the south…With its offensive the West is not only undermining the idea of a collective legal effort to counteract terror, but is also betraying its own principles.

In the final analysis this undeclared war is no longer being waged to combat terrorism but rather to preserve a reputation of military invincibility.
Finally, with every day that war is waged there and with every new security law passed here (in the western world), that very freedom which is supposedly being defended is threatened and those refugees, who are the products of this military action and its consequences are marginalised. On September 11, not only did thousands of people suffer an agonising death, but even western civilisation suffered a defeat.

Those murdered in the attack will not be restored to life through the war against the Taliban. With every day of war the risk of a still greater moral and political disaster increases. It is still possible to learn from the failures experienced up to now. There is still a chance to return to negotiations and to reach a political solution which attempts to re-establish a legal order and to provide for justice and social equality in Afghanistan and in the world.”
Such considered opinions make a mockery of our Defence Minister's response to Chris Uhlmann's question on 7.30:
‘Has it been worth it? Trillions of dollars have been spent on two wars, not just one, thousands of people have died on both sides. Has this been worth it?' Stephen Smith's reply: Well, staring down international terrorism, stopping Afghanistan again becoming a breeding ground for international terrorism with adverse consequences for Australian families, whether that's in the United States on September 11, whether it's in London, whether it's in Bali, whether it's in Jakarta. We see the adverse consequences for Australia and the rest of the community when we don't take a stand against terrorism".
Exactly what "terrorism" are we taking a collective stand against? Who's taking that collective stand, what does it look like, and can we trust the motives of the collective actors? Has Osama bin Laden's death justified the means? The cluster bombs, the depleted uranium, the drones, the killing of innocent men, women and children, the illegal invasions of sovereign nations, the devastating environmental and human destruction.
It is reported that 1.5 million Afghan people lost their lives in the 20 years before "the war on terror" even started. Now almost 45 per cent of the total population is younger than 15 years of age (the median age is 18), one in four children die before they reach the age of five, food insecurity is severe and widespread, and Afghanistan has the fourth highest death rate in the world and the second highest infant mortality rate.
The US vigilantes may have killed bin Laden, but they haven't helped to make the world a more peaceful or secure place. In fact, peace is about the only thing that has never been tried.
OBL! OBL! – Shoot him in the head
OBL! OBL! – OBL is dead !

Buried at Sea
No DNA for you and me
A faked photo
and a lovely memory!
Obama the hero
Not Bush or Cheney
I killed Osama (bin Laden!)
Ya Betta Re-Elect Me!

(1) Sheeple (a portmanteau of "sheep" and "people") is a term of disparagement in which people are likened to sheep, a herd animal. The term is used to describe those who voluntarily acquiesce to a suggestion without critical analysis or research. By doing so, they undermine their own individuality and may willingly give up their rights.