From the Barrel of a Gun

A brand new recording from the upcoming HD Documentary DVD "THE ROAD LESS TRAVELED" scheduled for release in early 2012. (PLEASE NOTE: This song is NOT a FINAL MASTER) 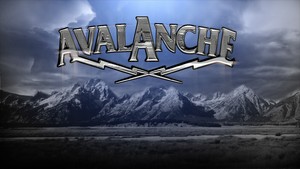 This song ended up being written almost by accident....it happened during our 2010 Recording Sessions at ROUGH CUT STUDIO. We were actually working on a different song entirely...and after taking a short break from the work we were doing on that song, I just started to play this chord pattern, in between takes...and Mark Easton picked up on it and added some guitar leads that seemed to fit very nicely. David Pendragon, who was there filming a documentary about AVALANCHE's recording process immediately thought we had stumbled onto something quite special...and so the band shifted gears...and we spent the next three weeks working on this song. I want to thank David for his contribution to this song (especially on the drum parts and drum mix)...and to Brian Sergeant from Aberrant Sound Studio who did just an outstanding job working with us on this track.

For me the most difficult part was writing the lyrics.... which usually come pretty easily for me. This song was different...as I tried to write this song from the perspective of the reluctant soldiers who often find themselves in situations they did not ask for or create...and I also wanted to write from the perspective of the inevitable victims of wars, the mothers who lose their children in these often senseless conflicts (regardless of which "side" they are on). I also struggled a bit to find the appropriate guitar solo for the wire choir section at about 5:00 into the song. The solution actually came to me in a dream during the two weeks when we were finalizing the arrangement. What I "heard" in my dream was the melody for "When Johnny Comes Marching Home" which is actually one of the first anti-war protest songs ever written (as far as I know). The three harmony guitar parts are actually a variation on that melody, although nobody seems to have picked up on that fact...so I thought I'd give you all something to listen for, during that section. I think it works very well...and nothing could be more appropriate...IMHO.

Hopefully, the message we are trying to send rings out loud and clear: PEOPLE EVERYWHERE ARE ESSENTIALLY, ALL THE SAME. Lines drawn on maps to create separation, or cultural differences that are magnified into distortions are in reality, nothing but superficial differences or illusions...designed to keep us at odds with each other. Because when those superficial differences are stripped away...in the end, we are left with this basic truth: No matter who we are or where we live, we all want the exact same things out of life: love, family, home, health, and a decent quality of life that allows us all to feel good about being alive and also allow us to feel good about our futures.

There are those who feel the need to possess all this world has to offer at the expense of everyone else...and who use their vast wealth and power to simply acquire more, just for greed's sake. In doing so, they often rob many people all over the world of these simple basic needs. This imbalance simply has to change, if we are ever to break the endless cycle of violence and desperation we find ourselves caught up in. Everything we are taught to believe about each other, and the things that have been used to make us all fear each other, and cause us to regard each other as threats or enemies, just perpetuates that illusion....and keeps the cycle of unfairness, violence, conflict, and war, an ongoing nightmare.

This song is about that senseless cycle of endless war. It will change when we all recognize that we all have much more in common with each other than what we have been programmed and conditioned to believe separates us.

If we spent just 10% of what we currently outlay for defence and armaments to protect ourselves from our "enemies" often more imagined than real...and instead, spent that money on ending poverty, illiteracy, sickness, disease, and starvation on this planet...then most of the "enemies" we are taught to fear in this world would cease to exist....because gratitude always speaks more loudly than fear ever will.

To quote another who said it perfectly in another time.... "You may say I'm a dreamer....but I'm not the only one".

I am one of those people who "imagines all the people...living life in peace." The one thing we haven't ever tried to end the cycle of violence and war that has plagued mankind since the dawn of history is the idea of actually helping the people we feel threatened by. Love is a powerful way to diffuse any argument. Love is the answer. Love is all you need. People do not inherently hate...nor do they bite the hands that feed them.

Hugs... Mike Foster (NAV)
A scared and tired boy of 20,
blinded by a desert sun,
Dug into a hole in a "No Man's Land"
Is feeling trapped, as he holds his gun..

He starts to dream about his girlfriend
She's back at home and she's having fun
While he searches the horizon
For anything and for anyone..
Because his orders were explicit:
"You hold your ground and you do not run"
"Find anything that moves,
Kill anything you see
'Cause that's your job
and it's never done"

So who is wrong
and who is right?
Are we taught to believe
that we need to fight?

Are we wrapped in the flag
Are we sacrificed?
Tell me, who is the winner?
Is it worth the price?

While back at home all the politicians
Wage a different war on TV screens
With a steady stream of "armchair generals"
Debating sound-bytes, threats, and schemes

Moving armies around their chessboard
To fight the foes that no one's seen
As the "false-flag" operations
feed their propaganda dreams..

And the heavy price of an endless war
Has us bursting at the seams
As a mother's scream in Baghdad
answers one in New Orleans..

So who is wrong
and who is right?
Are we taught to believe
that we need to fight?

Are we wrapped in the flag
While we're sacrificed?
Tell me, who is the winner?
Is it worth the price?

No, not from the barrel of a gun
[Spoken:] No justice, no peace