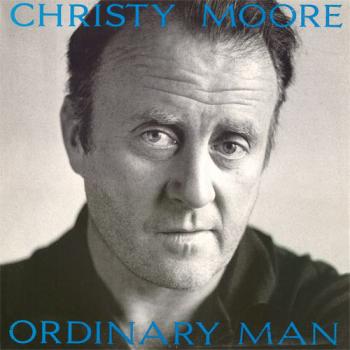 The Blantyre mining disaster, which happened on the morning of 22 October 1877, in Blantyre, Scotland, was and remains Scotland’s worst mining accident. Pits No. 2 and No. 3 of William Dixon's Blantyre Colliery were the site of an explosion which killed 207 miners, the youngest being a boy of 11. It was known that "fire damp" was present in the pit and it is likely that this was ignited by a naked flame. The accident left 92 widows and 250 fatherless children.
At the time, rescue provisions were inadequate. Alexander Macdonald MP, president of the Miners' National Association and himself a former miner, prevented the surviving employees from attempting a rescue on safety grounds.
Repeated prior complaints about the working conditions at High Blantyre had been ignored. In fact, a year before, Blantyre miners had been so fearful for their safety in the mines that, when Dixon's refused them a wage rise to compensate, they went on strike and were immediately sacked.
It is reported that, six months after the accident, Dixon's raised summonses against 34 widows whose husbands had been killed and who had not left the tied cottages which they and their husbands had rented from the mining company. They were evicted two weeks later, on 28 May 1878.
On 5 March 1878 at No. 3 Pit, six men were killed when the cage they were in was drawn up to the pithead wheels and overturned, throwing them to the bottom of the 150-fathom (900-ft) pit. The following year, on 2 July 1879, there was a second explosion at Dixon's Pit No. 1, with the loss of 28 lives.
The mine owner erected a 5.5-metre-tall granite monument to mark the two explosion disasters. An engraved dedication reads: "William Dixon Ltd – in memory of 240 of their workmen who were killed by explosions in Blantyre Colliery on 22nd October, 1877 and 2nd July 1879 and many of whom are buried here".
By Clyde's bonny banks -as I slowly did wander
Among the pit heaps -as the evening grew nigh
I spied a young woman -all dressed -in black mourning
Weeping and wailing with many a sigh..

I stepped up beside her and gently addressed her:
« Would it help you to talk about the cause of your pain? »
Weeping and wailing at last she did answer
«Johnny Murphy, kind sir, is my true lover's name..

Twenty one years of age, full of youth and good looking
To work down the mine of High Blantyre he came…
Our wedding was fixed all the guests were invited
That calm summer's evening my Johnny was slain..

The explosion was heard by the women and children
With pale anxious faces they ran to the mine
When the news was made known all the hills rang with mourning
Thee hundred and ten Scottish miners were slain..».

Mothers and daughters and sweethearts and lovers
The Blantyre explosion you'll never forget
All you good people who hear my sad story
Remember the miners who lie at their rest.