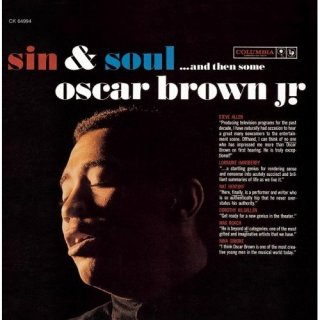 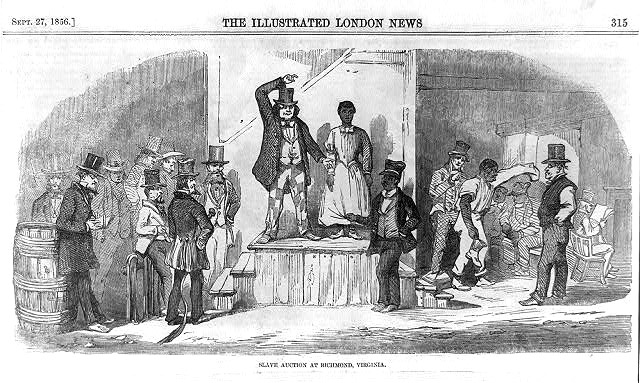 Nel 1979 il cartoonist Neal Sopata realizzò per “Bid 'em in!” un bellissimo cortometraggio d’animazione che fu candidato all’Oscar.
Bid 'em in! Get 'em in!
That sun is hot and plenty bright.
Let's get down to business and get home tonight.
Bid 'em in!

Auctioning slaves is a real high art.
Bring that young gal, Roy. She's good for a start.
Bid 'em in! Get 'em in!

Now here's a real good buy only about 15.
Her great grandmammy was a Dahomey queen.
Just look at her face, she sure ain't homely.
Like Sheba in the Bible, she's black but comely.
Bid 'em in!

Gonna start her at three. Can I hear three?
Step up gents. Take a good look see.
Cause I know you'll want her once you've seen her.
She's young and ripe. Make a darn good breeder.
Bid 'em in!

She's good in the fields. She can sew and cook.
Strip her down Roy, let the gentlemen look.
She's full up front and ample behind.
Examine her teeth if you've got a mind.
Bid 'em in! Get 'em in!

Here's a bid of three from a man who's thrifty.
Three twenty five! Can I hear three fifty?
Your money ain't earning you much in the banks.
Turn her around Roy, let 'em look at her flanks.
Bid 'em in!