The High Sheriff of Hazard

[1964]
Lyrics by Thomas Richard Paxton
Music: sung to the tune of "Champion At Keeping Them Rolling"
Album: Ramblin' Boy 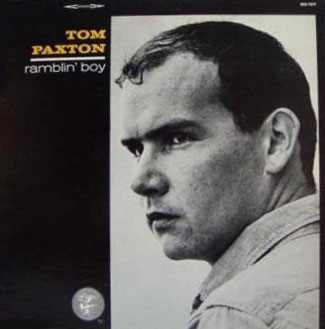 It's just him. The unutterable Mr Combs, Perry County sheriff from 1962 to 1965. This song is dedicated to him.
"Over the Easter weekend, my wife Midge and I, along with Phil Ochs, Carolyn Hester, Alix Dobkin, Eric Anderson [sic], Danny Kalb, and some others, got down to Hazard, Kentucky, to meet some of the miners who have been on strike and starving for over a year. If a man wants to scab, he can put in a twelve-hour-day in an unsafe mine ("dog holes," they call them) for anywhere from three to eight dollars a day. Things are rigged so if he won't scab, it's seen that he's unable to get food stamps for the government rations. This "high sheriff" runs the county the way he likes. As the song says, he's part-owner of a mine himself, so the miners have learned not to expect too much from him – except trouble". (Tom Paxton, Sing Out!, Vol. 14, No. 5, Nov 1964, p. 30)
Now the High Sheriff of Hazard is a hard working man.
To be a fine Sheriff is his only plan.
He digs in our pockets and takes what he can,
For he's the High Sheriff of Hazard.

He looked through my pockets, he's searched them with care,
But nary a nickel or penny was there.
So I got thirty days and some bumps in my hair.
God bless the High Sheriff of Hazard.

He caught me one evening and here's what he said:
"You look like a Russian, you look like a Red,
And if you are fond of your skin and your head,
Beware the high sheriff of Hazard."

I thanked him politely, I thanked him for all,
And five minutes later, I made a phone call
To have a strike meeting at our Union hall,
And damn the high sheriff of Hazard.

Now, men there are plenty who sweat out their lives
To scratch out a living for children and wives.
They sweat for their pennies while the mine owner thrives
With the blessings of the high sheriff of Hazard.

When union men strike and the troubles come on,
The high sheriff's word is the mine owner's bond,
He's a mine owner, too, you know which side he's on,
He's the wealthy high sheriff of Hazard.

It seems to be so since this old world began
That some folks are willing to scheme and to plan,
To gouge out a fortune from the poor working man,
For example, the high sheriff of Hazard.

But the answer is simple, the answer is clear,
Let's all get together with nothing to fear
And throw the old bastard right out on his ear,
Farewell to the high sheriff of Hazard.