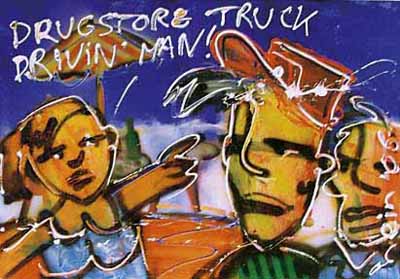 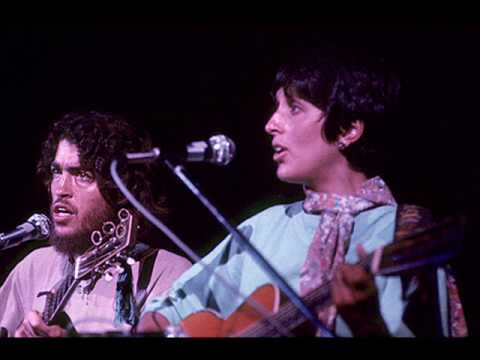 [...]The flip, "Drug Store Truck Drivin' Man," showed the country side of the new Byrds. McGuinn and Gram Parsons wrote the song during their British tour, shortly before Gram Parsons's departure. It's a pointed flip-of-the-byrd to Nashville deejay Ralph Emery, a leading Nashville DJ who gave the Byrds a chilly reception when they visited his radio show in March.
The song's broad humor is reminiscent of the work of Ray Davies -- not the subtle wit that characterized his more sympathetic character sketches in the late '60s, but the heavy-handed mockery in early Kinks songs like "Well Respected Man" and "Dedicated Follower of Fashion."
Musically, the song is a throwback. Rather than utilizing the full-blown traditional arrangements of Sweetheart, on "Truck Drivin' Man," the Byrds use Lloyd Green's steel and Clarence White's picking to give the song a countrified feel, much as they used White's guitar on older tracks like "Girl with No Name" and "Old John Robertson." Meanwhile, McGuinn sings both vocal parts in a slightly cornpone drawl. Both the words and the music of the ambivalent "Drug Store Truck Drivin' Man" embody McGuinn's love/hate relationship with country music. (Joan Baez, another folk performer who has "gone country" from time to time, performed "Drug Store Truck Drivin' Man" at Woodstock, where her accompanist dedicated the track to California's governor at the time, Ronald Reagan.) - From This page
He's a drugstore truck drivin' man
He's the head of the Ku Klux Klan
When summer rolls around
He'll be lucky if he's not in town

Well, he's got him a house on the hill
He plays country records till you've had your fill
He's a fireman's friend he's an all night DJ
But he sure does think different from the records he plays

Well, he don't like the young folks I know
He told me one night on his radio show
He's got him a medal he won in the War
It weighs five-hundred pounds and it sleeps on his floor

[Joan Baez] …and we would like to dedicate this verse to the governor of California…Mr Ronald Reagan…'z'a'…!