Le CCG Primitive
[1987]
da "...Nothing Like The Sun"
Il titolo dell'album proviene dal Sonetto 130 di William Shakespeare ("My mistress' eyes are nothing like the sun"). 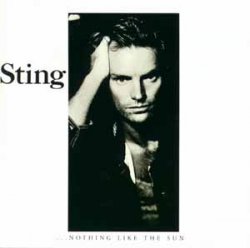 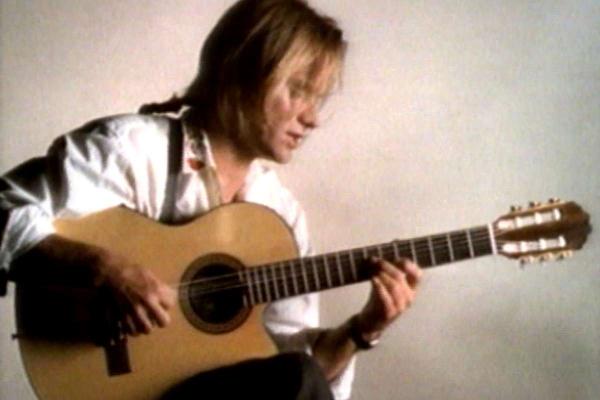 Ben Linder and Nicaraguan kids
This musical critique of America's Foreign Policy in Latin America during the 1980's pays tribute to American, Ben Linder who was killed by the Contras, a rebel group in Nicaragua that was supported and funded by the United States.
Joan Kruckewitt's book, The Death of Ben Linder includes an account of Linder's funeral procession, "In the coffin lay Benjamin Ernest Linder, a twenty-seven-year-old American engineer. While working on a small hydroelectric dam that eventually brought electricity and running water to a village in the middle of Nicaragua's war zone, he was ambushed by a group of Contras, anti-Sandinista rebels financed by the U.S. government. Ben Linder's death made front-page headlines around the world. His life and death were bitterly debated in the United States, on radio and television, in newspapers, and in Congress. Opponents of Washington's policy in Nicaragua called him a "national hero" and a martyr of the left, while supporters of Washington's policy justified him as a "legitimate target" and asked, "was he a Communist?" President Ronald Reagan, who had earlier proclaimed "I'm a Contra too," made no comment, but Vice President George Bush stated that Linder was on "the other side."

The liner notes for Nothing Like the Sun includes the following statement by Sting, "In the current climate it's becoming increasingly difficult to distinguish "Democratic Freedom Fighters" from drug dealing apolitical gangsters or Peace Corp workers from Marxist Revolutionaries. Ben Linder, an American engineer was killed in 1987 by the "Contras" as a result of this confusion."

Sometimes events taking place long after a song is written can serve to modify it's meaning. Bruce Springsteen's song "My City of Ruins" was the first song performed on the "Tribute To Heroes" 9/11 benefit telethon. This song was written before 9/11 and was actually about the decline of Asbury Park, New Jersey. The song "Superman" by Five for Fighting was performed during the Concert For New York City in tribute to the heroism and sacrifice of New York's firefighters. Prior to 9/11, John Ondrasik, Five for Fighting lead singer and song writer explained, "Even a guy like Superman wants to be human once in a while. We all try to be supermen in our jobs, everybody's aspiring to be Superman, but sometimes that's very hard, very disappointing, and we tend to lose the humanity in ourselves. Superman is looking down inside yourself and trying to touch what you have. And that can be tough, and that can be scary, and that can be sad."

14 years later, the tragic events of September 11th would cast Sting's song "Fragile" in a much different light. Learning of the horrific events earlier in the day Sting canceled his evening concert in Tuscany, Italy. The September 11th concert was to be webcast live on Yahoo! The following message from Sting appeared on Yahoo! prior to his live webcast: "We are performing the song "Fragile" as a prayer and a mark of respect for those people who have died or are suffering as a result of this morning's tragedy. We are shutting down the webcast following this song."