Under the Devil's Knee 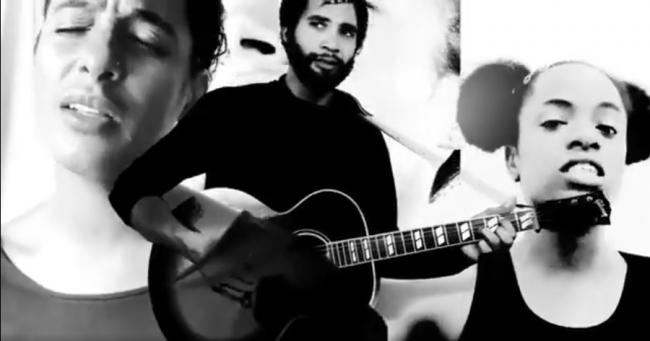 When George Floyd was a young boy in a project called ""The Bricks""
it was hard to see a way out of Houston, Texas
all them kids would tease him because of where he lived
but he never planned to stay long a Cuney Homes kid
yea his love for basketball got him a scholarship
all the way at South Florida State

Out on Staten Island on a hot day in July
like a man of peace that he was breakin' up a fight
And officer Pantaleo, that crooked little swine
he put Eric in a chokehold and squeezed away his life
he left behind 6 children, and stolen from his wife
I curse the day you ever opened up your eyes

In Louisville, Kentucky the DA and the mayor
have yet to charge the three thugs who killed Breonna Taylor
they broke into her home at midnight unannounced
without badges or a warrant so her boyfriend stood his ground
to protect the woman he loved and they fired 20 rounds
shooting blindly through the curtains from outside