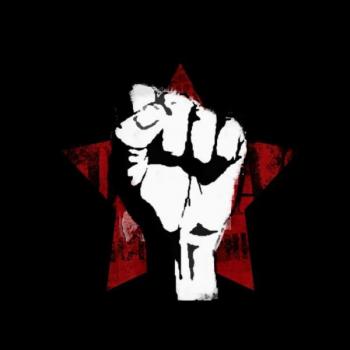 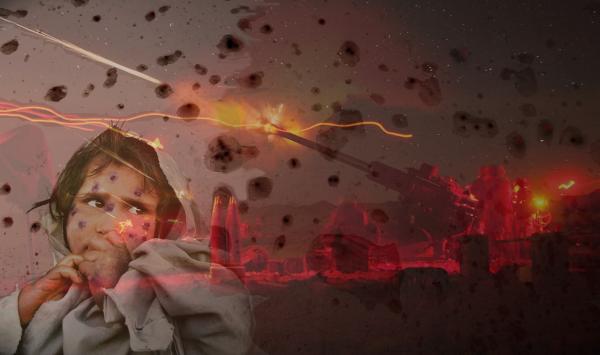 The war in Afghanistan continues destroying lives, due to the direct consequences of violence and the war-induced breakdown of public health, security, and infrastructure. Civilians have been killed by crossfire, improvised explosive devices (IEDs), assassinations, bombings, and night raids into houses of suspected insurgents. Even in the absence of fighting, unexploded ordinance from previous wars and United States cluster bombs continue to kill.

Hospitals in Afghanistan are treating large numbers of war wounded, including amputees and burn victims. The war has also inflicted invisible wounds. In 2009, the Afghan Ministry of Public Health reported that fully two-thirds of Afghans suffer from mental health problems.
Prior wars and civil conflict in the country have made Afghan society extremely vulnerable to the indirect effects of the current war. Those war effects include elevated rates of disease due to lack of clean drinking water, malnutrition, and reduced access to health care. Nearly every factor associated with premature death — poverty, malnutrition, poor sanitation, lack of access to health care, environmental degradation — is exacerbated by the current war.

While Afghanistan has benefited from investments in health care that may ameliorate some of the effects of war, the results are mixed, with improvement in some areas, such as infant mortality, balanced by continuing or growing needs in other elements of public health.
About 157,000 people have been killed in the Afghanistan war
since 2001. More than 43,000 of those killed have been civilians. 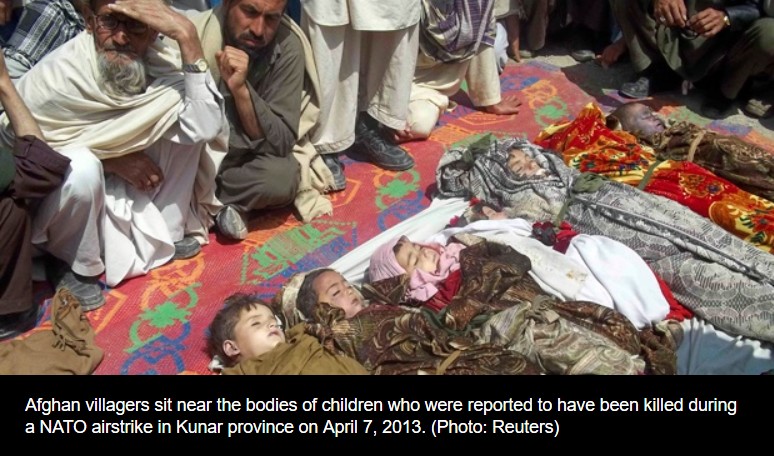 Fires burning bright light
up the skies above Kabul
and across the land tonight,
women and children run, take cover.
As airplanes circle low,
people turn to desperation
when your back's against the wall,
you can only scream so loud !

Halfway 'round the world,
swine dine on the flesh of innocents.
In their palaces of gold,
they watch the world crumble around them.

We must win this war,
jump-start the economy.
All the while people
everywhere are suffering !

So when you sit home tonight,
watching your made-for-TV-war,
doesn't it feel so fake,
crazy and far away?
Maybe it's time to wake up
and help those in need !