Leggete l'intro sul loro sito: Bye Blair, you massive twat
Tony Blair "he is a massive, murdering bastard in the hope history will eventually remember him as such"... 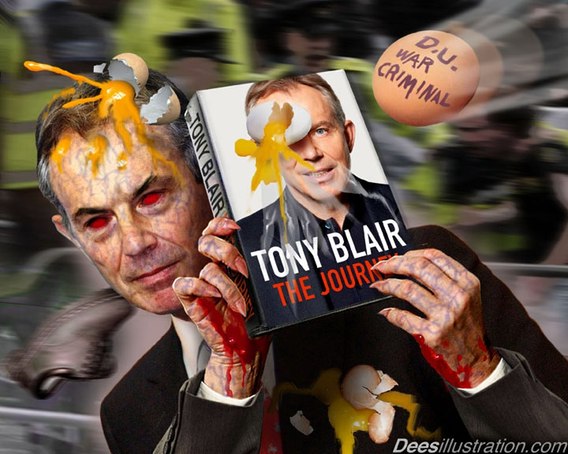 Picking up the pieces of the conversation,
it’s clear I’ve missed the big news.
The underground went overground in shrapnel stations
and Tony Blair is looking confused.
- perhaps it’s time he reassessed his last few moves?

The best way to insist that the violence won’t persist
is to arm the police up to their teeth.
Then bad, and low intelligence mixed with bullets
can run the riots out in the streets.
If you feel frightened, just repeat:

“We could be happy here,
if we could only make the violence dissappear”

Cuz we’ve got trees
n leaves
n new cds.
We’ve got literature and language and art.
Unfortunately, also religion and poverty
and so things tend to fall apart.
Sometimes before they even start.

Basically, we have a society
based on “me, me, me”, need and greed.
It was going to fuck up sooner or later,
that was pretty much guaranteed.
But you only have to look and you can see:

We could be happy here…